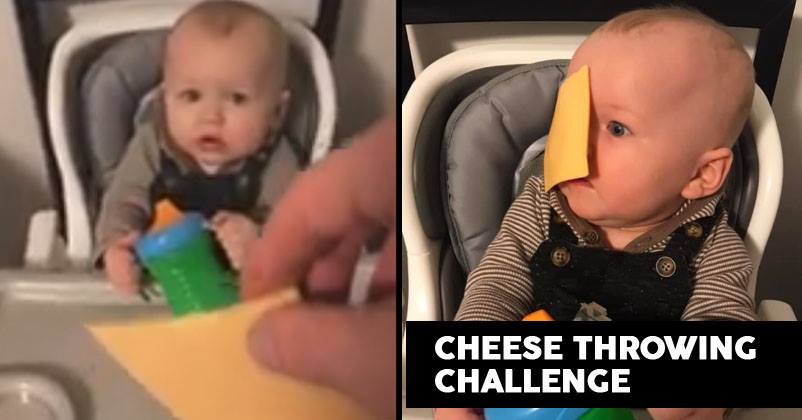 Internet never leaves any chance to surprise you as it keeps on coming up with something fresh and exciting every day. If we talk about challenges, there’s always something going on which keeps you glued and never lets you get bored.

After Kiki challenge, there’s a new challenge which has caught the fancy of netizens these days. It’s called “Cheese challenge”. No, you don’t have to emerge a winner by eating maximum cheese in this challenge. It’s actually much more fun than that.

Netizens who are participating in the #CheeseChallenge carry a camera in one hand with the video recorder on and a cheese slice in the other hand. They then move towards a baby and throw that cheese on his/her face to catch the reaction. 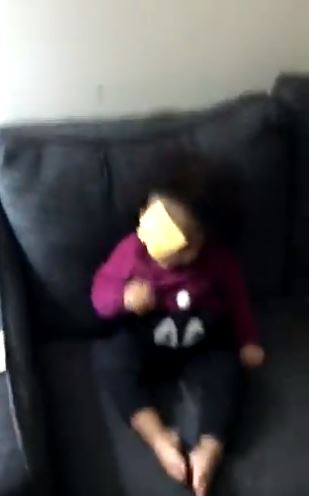 That reaction video is posted on their social media accounts. Though netizens are really enjoying it and it has become quite popular, the challenge is also receiving backlash for being cruel towards babies.

Have a look at some of the videos:

It gets better every time I watch it pic.twitter.com/QPRN42x8Xo

So the cheese challenge was definitely a fail for Maxon. He is 100% all his dad 😂 #cheesechallenge pic.twitter.com/8L7TMWT5BZ

when you decide to do #cheesechallenge on your baby but someone else takes part in it 😭😂 pic.twitter.com/HSypAJFLnk

What are your thoughts on it? Do you think it’s fun or cruel?

Continue Reading
You may also like...
Related Topics:Cheese Challenge