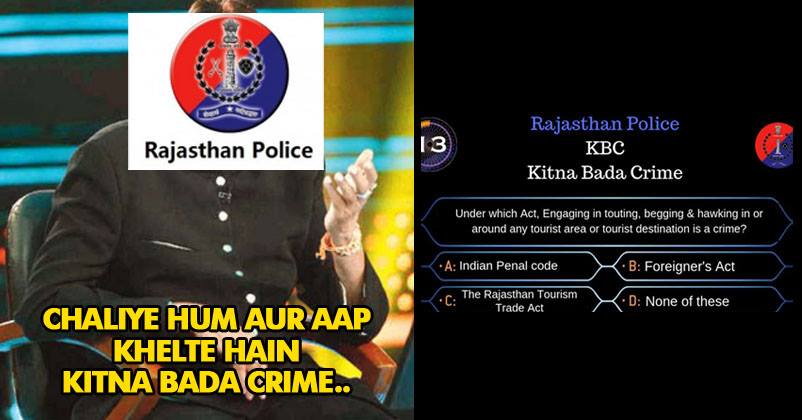 There is no denying the fact that Kaun Banega Crorepati (KBC) is one of the most popular quiz shows ever. Of course, money is among the most important aspects; however, a major credit for its popularity also goes to wonderful host Amitabh Bachchan who has successfully done many seasons of KBC till now and won hearts of audiences.

We all know that everyone is trying to be socially active nowadays so as to keep themselves updated with the latest trends and also to interact with a large mass in the least possible time. We have seen how Mumbai Police always comes up with hilarious memes or lessons based on the viral trends to spread awareness among citizens of the country.

Now Rajasthan Police also seems to be in a mood to give them a competition by starting its own KBC on the micro-blogging site Twitter. However, its full form is not Kaun Banega Crorepati but Kitna Bada Crime. They have initiated it with a noble intent of making people aware about laws and crimes. 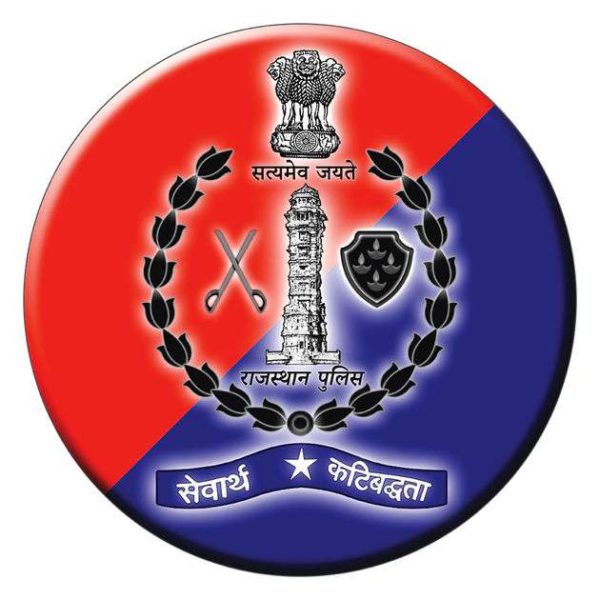 This is indeed one-of-a-kind and attention-grabbing method as youths find such quizzes quite interesting. At the same time, it boosts knowledge of common public that could not have been so easy and exciting otherwise.

They posted the first quiz on 24th September and the quizzes are about various offenses and IPC sections that deal with a particular crime.

Till now, Rajasthan Police has asked six questions on Twitter. Here they are:

Clue: Accused can either face jail for 1-3 yrs /fine or both.

तीसरा प्रश्न~ Following someone with or without their knowledge is stalking, an act of #sexualharassment & a CRIME under IPC

Clue: Accused can be jailed for 3-5yrs with fine

चौथा प्रश्न~Engaging in touting, begging & hawking in or around any tourist area or tourist destination is a CRIME

पाँचवा प्रश्न~After the Nirbhaya incident, The Criminal Law Amendment Act, 2013 was passed, which added new sections to Indian Penal Code to broaden the scope of #SexualHarassment.

छठा प्रश्न~In the aftermath of Nirbhaya Incident, The Criminal Law Amendment Act, 2013 redefined sexual offences against women & made changes in

This initiative is receiving an overwhelming response from netizens and a number of people are participating in the game.

Twitter loved this idea and this is how they admired Rajasthan Police:

What a unique way to spread awareness 👍

Yes of course. If there is a will to minimize the crime index from the society then different ways can be available.

Although participants will not get any prize money, there is no denying the fact that this game will enhance people’s knowledge and assist greatly in spreading awareness. Nevertheless, it’s said that senior officials might bring prizes too after such a welcoming response.

This Couple Was Not Happy With Their Body Shape. They Decided To Change & Look Unrecognizable Now
Media Reported Rishi Kapoor Has Stage 3 Cancer. This Is How Brother Randhir Reacted