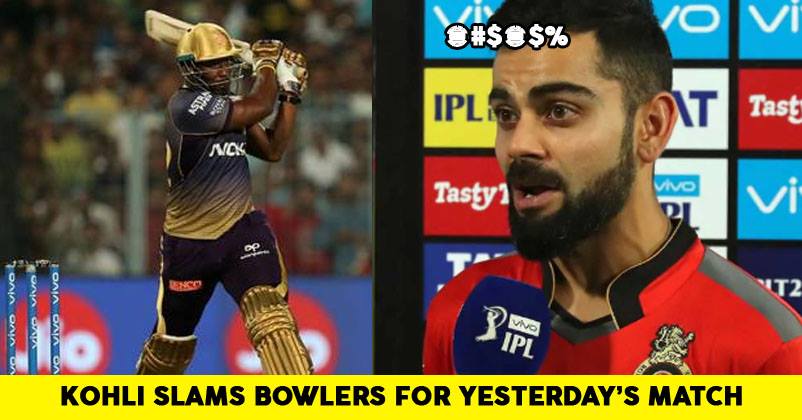 It is definitely very tough to be a fan of Royal Challengers Bangalore (RCB) as despite having some of the biggest names of the cricket world, the team has not won the IPL trophy even a single time. 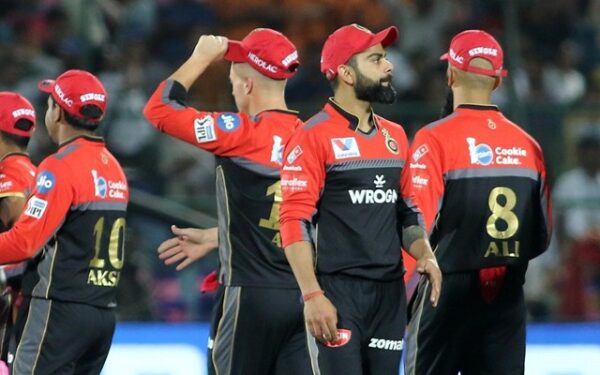 Things seem to be pretty dull for it in the IPL 2019 as well since RCB has lost all its first five matches and is at the bottom of the points table. This is certainly not expected from a team which is led by Virat Kohli and also includes the South African great AB de Villiers.

The fifth match of RCB was against Kolkata Knight Riders (KKR) on Friday and there was a moment when RCB’s win looked almost certain to its fans but then they received one of the biggest shocks of their lives. Batting first, RCB put up a huge total of 205/3 on the scoreboard with the help of Virat’s 84 (49) and AB de Villiers knock of 63 (32).

KKR tried their level best to chase the target but after the 16th over when they needed 66 runs in 24 balls, it appeared as if RCB was going to register the first win but then Andre Russell turned the tables upside down and scored unbeaten 48 runs in just 13 balls. KKR went on to win the match with 5 balls remaining and it’s quite obvious that Virat was upset with his bowlers. 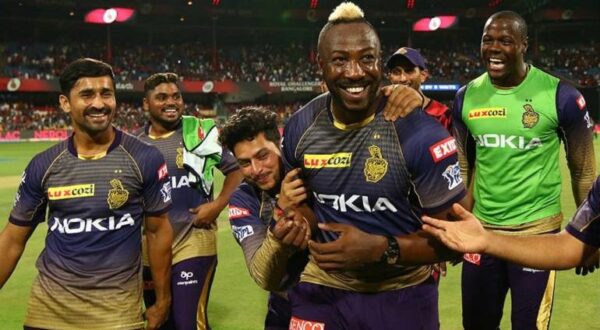 During the presentation, he criticised the RCB bowlers and said that the manner in which the last 4 overs were bowled is unacceptable.

He accepted that his team is not being able to perform well under the pressure in this season. He further said that the bowlers need to be clever while facing powerful hitters like Russell and if they are not able to defend 75, how they will be able to save 100. He also said that they can have a little bit of chat to find what went wrong but it doesn’t really help.

Kohli is still optimistic about his team’s chances but he is also a little unhappy with himself for getting out at that moment. He wanted to score 20-25 runs more and even though the target was good, they didn’t have enough composure.

What is not going right for RCB according to your opinion? Let us know your views.