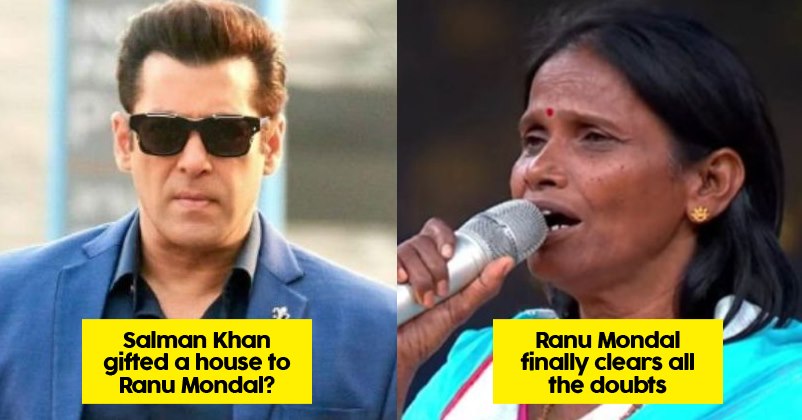 The Internet sensation Ranu Mondal has been making headlines for quite some time now and fortunately, for all the good reasons. The melodious singer was discovered by a passerby on the Ranaghat railway station and he posted a video of her singing Lata Mangeshkar’s popular track “Ek Pyaar Ka Nagma Hai”. 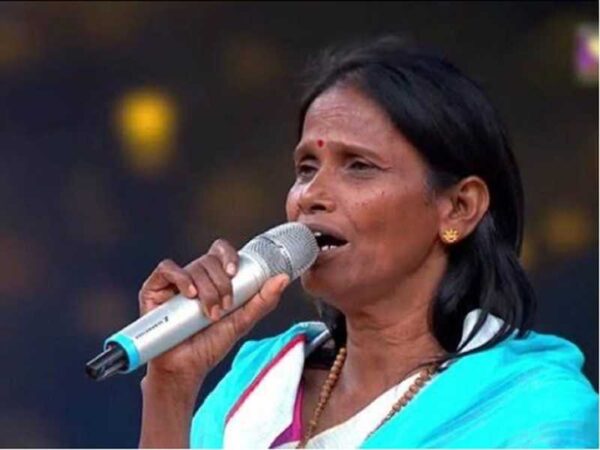 Now she has become a household name after recording songs for Himesh Reshammiya’s movie “Happy, Hardy and Heer” and her song “Teri meri kahani” is topping the charts.

As Ranu Mondal was getting famous, some rumours about her were also doing rounds and one of them was that Bollywood actor Salman Khan gifted her a house worth Rs. 55 lakhs.

When Ranu was asked about it, she denied the news as she told a leading daily that if Salman had gifted her a house, he would have announced it himself.

She was also asked about the rumour as per which Salman asked her to sing songs in his films. To this, Ranu says that she has not been offered any song from Salman and it is only Himesh Reshammiya who has come in her life and given her a break in the industry.

Recently during a press conference, Himesh got emotional while talking about Ranu Mondal and he is getting praised by many for giving her a chance to sing.

As per Ranu Mondal’s manager Atindra Chakraborty, the same person who made her an Internet sensation, Ranu is getting many offers to sing in Bollywood, south Indian movies and also in Bengali flicks. He also claims that Sonu Nigam has shown interest in working with Ranu and a call has been received from A R Rahman’s office as well.

We wish to hear more songs from the singer and hope for her bright future!

Gangs Of Wasseypur Is Only Indian Movie On Guardian’s List Of 100 Best Films, Anurag Kashyap Reacts
Salman Rejected Bhansali’s “Inshallah” Because Of Many Lip-Lock Scenes With Alia Bhatt?