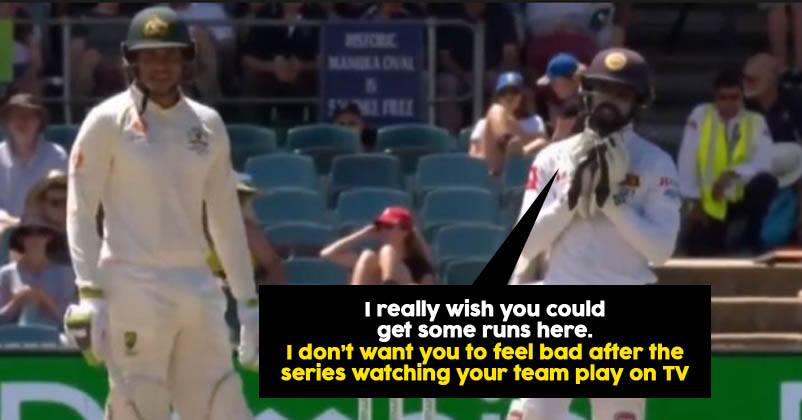 Nowadays, it is pretty common to see cricketers of different teams having friendly banter during the match and there is nothing wrong if it is done within the limits.

The Indian tour of Australia was full of incidents in which the players from both the teams didn’t miss a chance to make fun of each other. How can anyone forget the verbal duel that took place between Indian wicket-keeper Rishabh Pant and Australian captain Tim Paine? The babysitter comment is still very popular as ICC also used it for congratulating the Indian wicket keeper when he won the ICC award for Emerging Cricketer of the year.

However after Rishabh Pant, the Sri Lankan wicket-keeper Niroshan Dickwella is also making sure that he troubles the Australian batsmen. 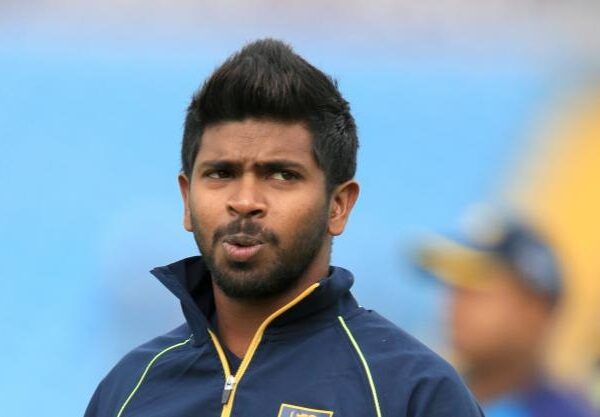 Australia has already won the first test match of the two test match series which was played at Brisbane. The hosts defeated the Sri Lankan team by an innings and 40 runs.

In the second test match also, the Australian team is in a strong position by scoring 534 runs while the Sri Lankan team was able to score only 219 runs in the first innings.

The second innings of Australia didn’t start well and they lost 3 wickets quickly for 37 runs only. Australian batsmen Usman Khawaja and Head were at the crease when Niroshan Dickwella started sledging Usman who was not in form with the bat. Usman’s average against India in the four test match series was 28.28 only and he didn’t perform well against Sri Lanka in the first test match as well. 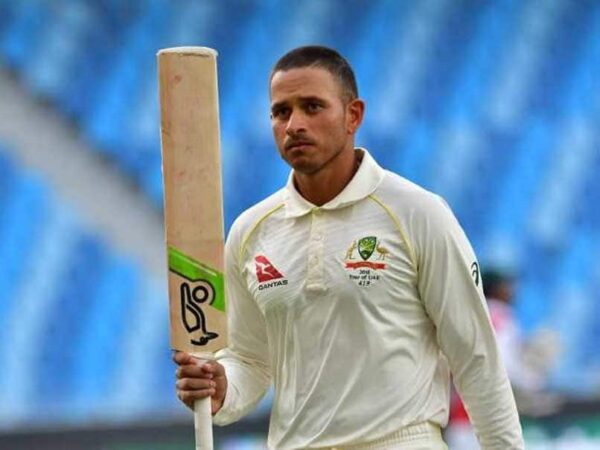 Dickwella and Usman’s conversation was recorded by the stump mics. Here are the excerpts from the conversation:

Usman: “Do you want me to tell him (Kasun Rijitha) to take the bowling tape off his fingers? I can, but he won’t bowl anymore.”

Dickwella: “Are you that scared of his tape?”

Dickwella: “I really wish you could get some runs here. I don’t want you to feel bad after the series watching your team play on TV.”

In the above statement, Dickwella tried to put pressure on Usman by saying that he may be out of the team and watching his team playing on TV if he doesn’t score in this match.

Have a listen to the banter from Dickwella behind the stumps! #AUSvSL pic.twitter.com/TtXxXQJ40n

This attempt of Dickwella to make Usman lose his focus went in vain as the batsman scored a half-century and Australia has already taken a lead of over 450 runs.

It’s not going to be easy for Sri Lanka to successfully chase the total and win the match. What do you think? Let us know.