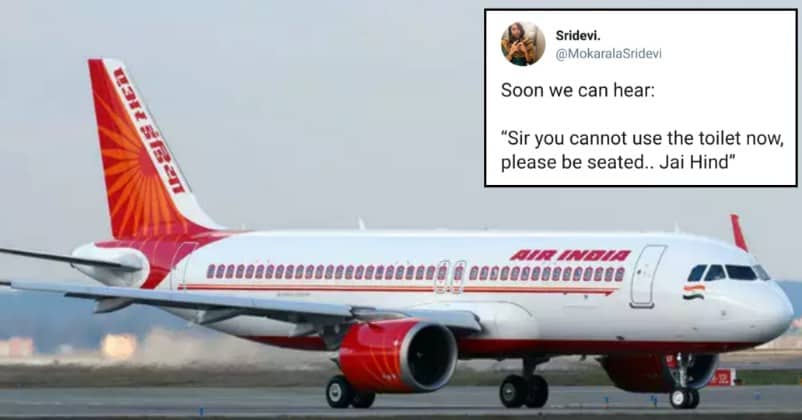 Air India, our national carrier issued an advisory recently which generated an expected debate online. According to the advisory issued on Monday, every crew member will have to say ‘Jai Hind’ after every in flight announcement.

This advisory has been issued by Amitabh Singh, Director Operations of Air India with immediate effect. The advisory even dictated crew members to announce it with much fervor and after a slight pause. 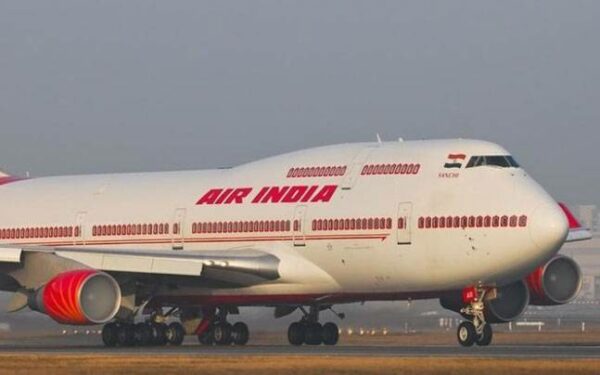 According to Air India officials the advisory issued was a ‘reminder’ to all the staffs and crew members about the “mood of the nation”. Even in May 2016, similar stint was carried on by the carrier’s Chairman and Managing Director, Ashwani Lohani.

Air India has issued a circular to all cabin crew and cockpit crew directing them to say 'Jai Hind' after any announcement onboard. pic.twitter.com/t488kZSCzy

While many welcomed this new initiative by the Air Lines as they were very impressed, some trolled them on Twitter by sharing memes and jokes them.

The flight will be delayed a further 20 minutes to accommodate a late running MP, Jai Hind. https://t.co/TqsY4ew9Kh

Now all crew need to say Jai Hind instead of thank you. Airlines need to use Sanskrit Prayer before its plane takes off https://t.co/dOMpcNwemY

No not enough. The crew must also yell “how’s the josh?” Once everybody has boarded. The loudest “high sir” and “jai hind” shall be upgraded to first class.

Finally. Now all of Air India's problems are solved. I no longer need to fund the airline. https://t.co/zXaFFxWPul

I feel this is a very good move and it should be made compulsory in all such organization where announcements are made. https://t.co/Ud4DhUAUQV

Ladies and gentlemen, we are passing through turbulent weather, please fasten your seatbelts belts, Jai Hind!

Please do not use the toilets now, Jai Hind!

We apologize for the delay in departure, Jai Hind!https://t.co/uC25ccGk6r

Wouldn't it be more patriotic to sing the national anthem after each announcement? Come on #AirIndia, you can do better. #MondayMotivation #India https://t.co/zR8g1LFilk

Good. As a National carrier this should be done. https://t.co/4mgjGvzKGZ

It is a great initiative by Air India #Airindia #JaiHind https://t.co/V4i6MJmHzH

Phew. Just what Air India needed. I mean, the only thing holding it back from being the best airline in the world was this.

Oooppsss!!!Now this is gona be a bigger issue than TERROR 🤔😉

Finally. Now all of Air India's problems are solved. I no longer need to fund the airline. https://t.co/zXaFFxWPul

Though announcing “Jai Hind’ is a good thing initiative but as a National carrier, Air India should also focus on punctuality and good services too.

Continue Reading
You may also like...
Related Topics:Air India