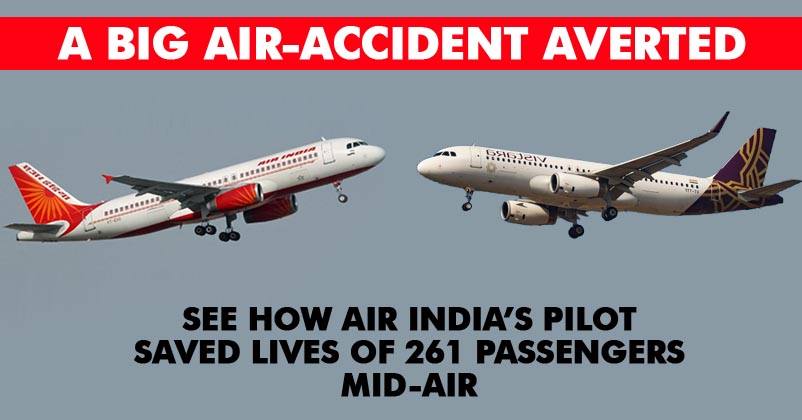 We may have heard many times that women don’t know how to drive but the reality is that women are nowadays flying aeroplanes and thanks to the presence of mind of one such woman pilot, a big tragedy was avoided on Wednesday (February 7).

The name of the pilot is Anupama Kohli and because of her, mid-air clash between Air India flight and Vistara flight was averted. There were 261 passengers in both the flights and both the planes came nearly 100 ft close to each other. The collision would have taken place within seconds if Anupama had not acted. 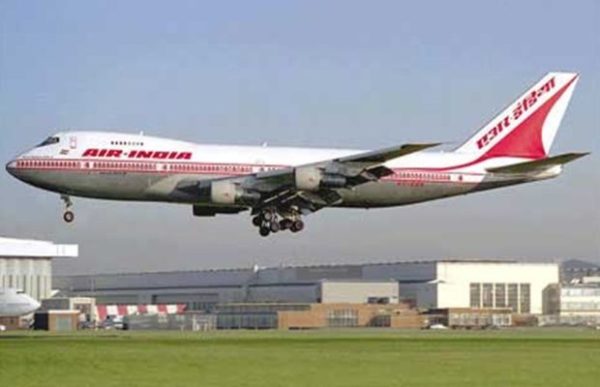 As per TOI, the air traffic controllers responsible for the mess have been suspended. Vistara’s A-320 Neo (flight number UK 997) was flying to Pune from Delhi while Air India’s Airbus A-319 (flight number AI 631) was flying from Mumbai to Bhopal and at that time, there were women pilots in the cockpits of both the flights.

“The planes were barely seconds away from each other. Vistara was descending from its assigned level of 29,000 feet to 27,100 feet where an AI flight was coming in the opposite direction. There may have been confusion between the ATC and Vistara cockpit — which at that time had a woman co-pilot at the controls and the captain had taken a toilet break. The AI flight had a woman commander, Captain Anupama Kohli. Maybe there was a mix-up in communication in those tense seconds like what altitude instruction is being given to which lady. This has to be seen.”

“She (Anupama Kohli) saw the Vistara aircraft approaching in her direction and could hear the ATC asking UK 997 ‘why are you on this level?’ The Vistara lady pilot told ATC that ‘no, you told me to come to this level’. She was monitoring this. Then she saw the Vistara plane closing in from her left side right towards her. The red sign went up in her cockpit and she got to know the Vistara plane was crossing her level ‘now’. Instantly, a resolution advisory (RA) came — ‘climb, climb, climb.” Then as per RA, Captain Kohli immediately climbed and turned right to steer clear of the Vistara plane.”

DGCA has grounded the two pilots of Vistara in regard to this incident but Vistara has stated that their pilots were following the instructions. 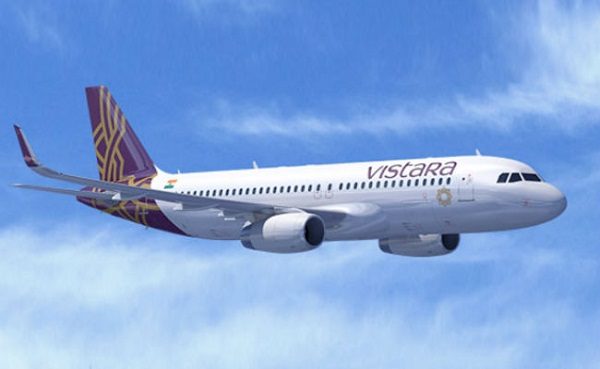 This time, a big tragedy was averted because of the presence of mind of Anupama Kohli, senior commander with 20 years of experience, but things seem to be a little gloomy as this “airprox” situation has taken place second time in the skies of Maharashtra within last 15 days. Last time, it happened between Emirates Boeing 777 (Singapore to Dubai) and IndiGo A-320 (Raipur from Hyderabad).

Safety measures should be taken in order to avoid such situation in future.

PM Modi Took A Dig At Renuka Chowdhury’s Laughter In Parliament. This Is How Angry Renuka Reacted
Case Filed Against Priya Prakash By A Muslim Youth Group For Hurting Muslims’ Sentiments