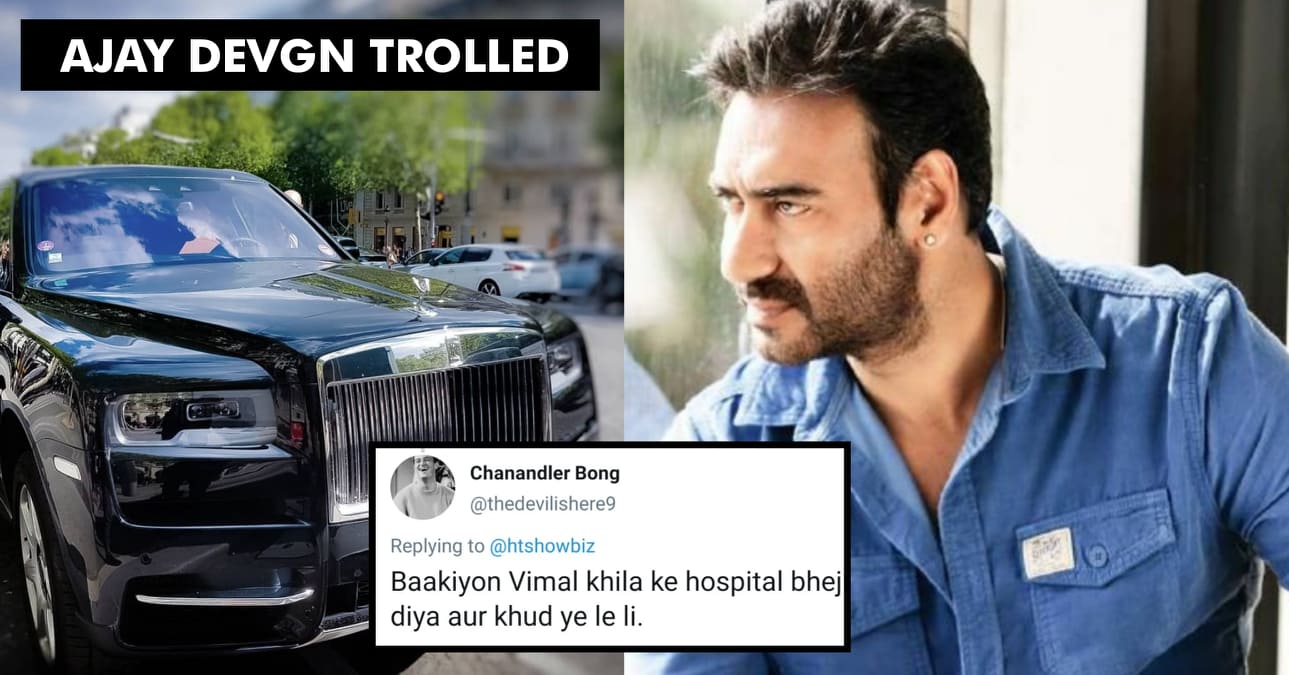 Ajay Devgn is one of the most successful actors of the Hindi film industry. The 50-year-old actor released two movies this year by far and the box office collection was busy minting.

As we all know, Ajay Devgn is fascinated towards Big Boy Toys. He owns Land Rover Range Rover, a BMW 5 Series, Mercedes-Benz S-Class, Audi Q7, Mercedes-Benz GL-Class, Volvo XC90, a modified Toyota Celica and is the only Indian to own Maserati Quattroporte.


As per reports, the Golmaal star has now joined the league of exclusive Rolls Royce owners. Ajay Devgn brought home the Rolls Royce Cullinan the luxury SUV, which cost him a whopping Rs. 6.95 crores.


Ajay Devgn is now the third Indian to own the luxury SUV car after business magnate Mukesh Ambani and T-Series tycoon Bhupesh Kumar.

As soon as the news was flashed online. Desi twitter had a different take on Ajay Devgn’s new car. The actor was hilariously trolled. Check out the funniest tweets:

Ajay sir is a trend setter, no doubt in it!