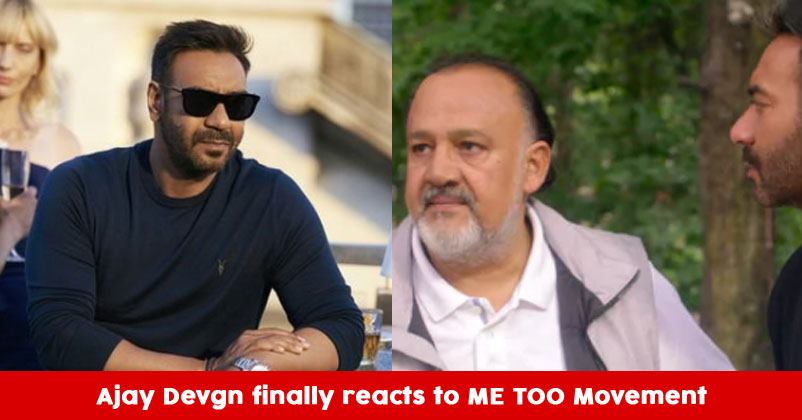 The MeToo movement is one of the successful movement against sexual harassment and sexual assault. Well, last year our tinsel town Bollywood was taken aback with #MeToo allegation as many women came out and spoke about their traumatized se*ual misconduct against several big shots of Bollywood.

Bigwigs of Bollywood like Nana Pataker, Alok Nath, Sajid Khan were accused of se*ual harassment and they were even dropped from various films after they were accused of inappropriate behaviour with their colleagues.

Netizens recently targeted Ajay and slammed him for working with Alok Nath as the latter has been accused of raping and molesting a writer Vinta Nanda. A case has already been registered against Alok Nath and he has been granted anticipatory bail by the court.


In an interview with Filmfare, Ajay Devgn was asked if it is ethical to work with people who have been accused of sexual harassment?

Ajay Devgn gave a fitting reply, there’s a difference between accused and proven guilty. One must definitely not work with those proven guilty. But those who haven’t been. We can’t be unfair to them. What about their families? I know an ‘accused’, whose daughter was so traumatised, she stopped eating and going to school.

Taapsee Takes A Dig At Kabir Singh Director By Mentioning 19-Yr Model’s Murder, Gets Slammed
Rakul Preet Singh Has A Perfect Reply For Haters Who Trolled Her For Smoking Scene In A Movie