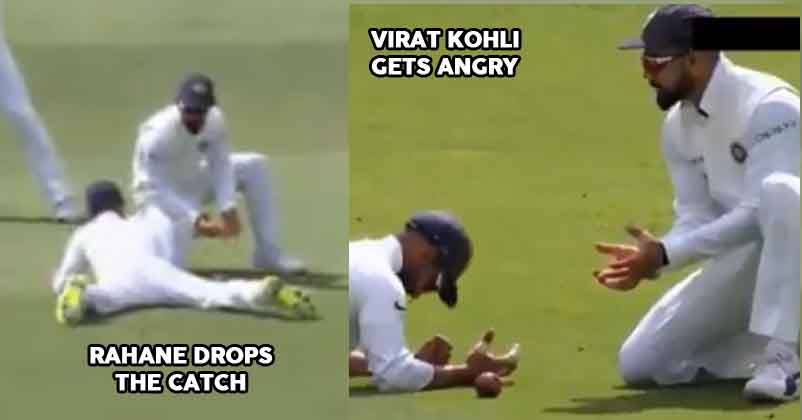 Nothing seems to be going right for Indian right-handed batsman Ajinkya Rahane for quite some time now as he had a very much forgettable IPL season and then he was dropped from T20i and ODIs that India played against Ireland and England. 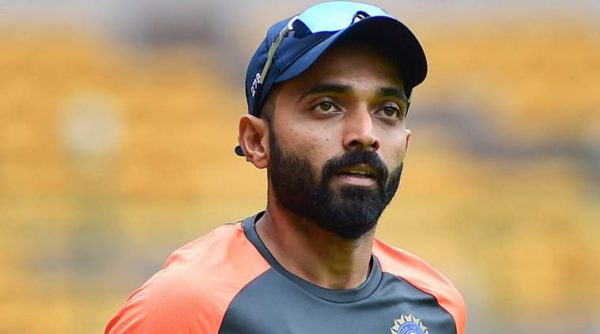 However, he took a sigh of relief when he was named in the team for the first three test matches that India has to play against England. Rahane wasn’t able to regain his form even in the practice match and today during the first day of the first test match, his uneasiness was quite visible.

Keaton Jennings came to open the innings with Alistair Cook and the left-hander was pretty uncomfortable against the Indian pacer Ishant Sharma. In the sixth over, Ishant bowled a back-of-a-length ball which was going away from the batsman.

Keaton tried to push the ball and it flew towards slip, heading almost into the hands of Indian skipper Virat Kohli. But just then, Rahane who was standing beside Virat decided to take the catch and dived in between the ball and the Indian skipper.

Unfortunately for Rahane and team India, the catch was dropped and Virat and Rahane looked at each other for few moments. It was evident from the facial expressions of Virat that he was absolutely pissed off with this act of Ajinkya Rahane.

This is what happens when you try more than necessary! What do you have to say about the whole episode?

Troller Body-Shamed Ileana And Said She Has An Awkward Body. She Shut The Hater Like A Boss
Twitter Comes Together To Stand By Suhana’s Vogue Shoot