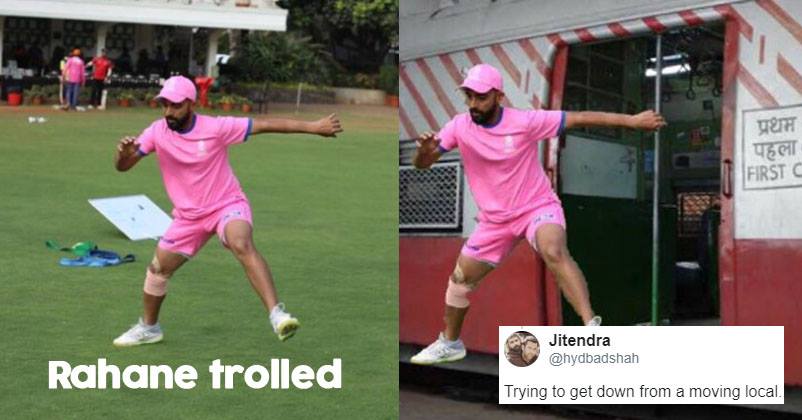 The whole India will be under the IPL fever within a couple of days as Indian Premier League 2019 is going to start pretty soon. The IPL teams are practicing on their home grounds and getting ready for matches while the fans of every team are also preparing themselves for cheering their favourite cricketers.

If you remember, the first IPL was won by Shane Warne led Rajasthan Royals but since then, the team has disappointed its fans as it hasn’t won any IPL trophy afterwards. In this season, Ajinkya Rahane is the captain of Rajasthan Royals and he took the charge in 2018 when Steve Smith was suspended due to the ball tampering episode.

Recently, Ajinkya Rahane took to the micro-blogging site Twitter and shared a photo of himself from the IPL training session, asking fans to tell what they think he is doing.

First of all, take a look at the pic posted by the cricketer: 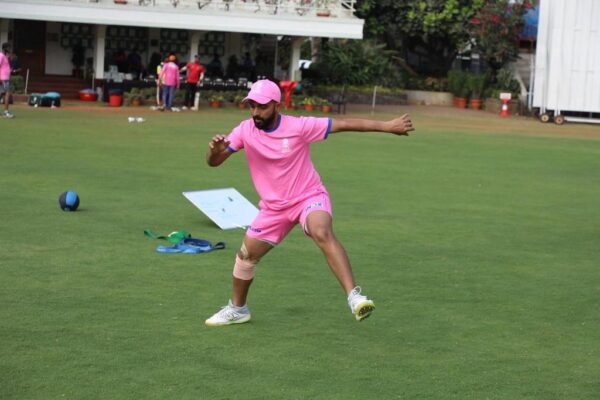 The caption that he wrote was, “Any thoughts on what I was trying to do?”

Any thoughts on what I was trying to do? #MondayThoughts pic.twitter.com/QO1ChuhAmb

Twitter accepted the challenge and people started showing their creativity. Some of the reactions were quite hilarious and here are few selected ones:

Trying to get down from a moving local.. pic.twitter.com/2hIxArsdrU

I think you're totally inspired by Ranveer Singh's Khali bali dance 😂😝 btw Good luck for the IPL 🙌❤ and remember I LOVE YOU 😭❤ OK https://t.co/4r0SQiohCU

I think you are trying to put one foot on the plane heading to England for which you have less chances. 😅

Trying all the tricks to get into ODI worldcup. But it is a futile attempt as management has already finalized the squad

Ajinkya is a right-handed batsman in the Indian cricket team and he is also the vice-captain in the test format of the game and as it is his second term as the captain, the expectations will be quite high. Steve Smith is also back in the side as his suspension of one year has finished and it is definitely great news for Rajasthan Royals.

IPL 12’s Schedule Is Out. Dhoni And Kohli To Battle It Out In First Match
Special Olympics 2019: Indian Athletes Are Creating History By Winning 362 Medals.