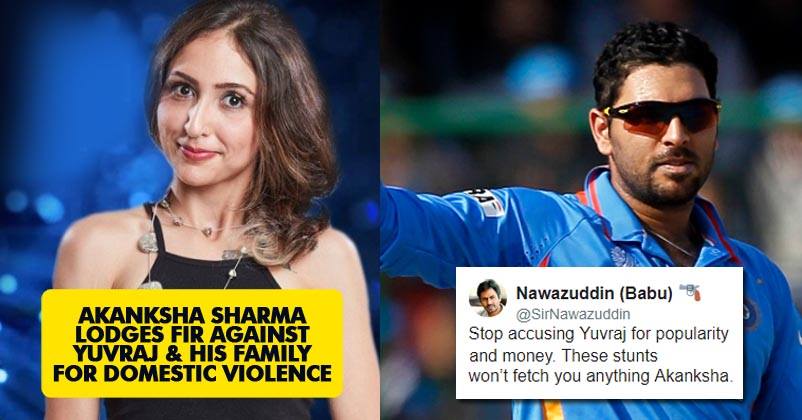 Remember Akanksha Sharma, the most controversial Bigg Boss contestant of last season? Well, she has a Yuvraj Singh connection & taking advantage of that, she keeps creating dramas every now and then.

She was married to Zorawar Singh, Yuvi’s younger brother, but since things didn’t work out, they parted ways. Since then, Akanksha has been making many revelations against the family and creating troubles for them. Recently, she filed a domestic violence case against Yuvraj Singh, his mom Shabnam Singh and his brother Zorawar Singh. 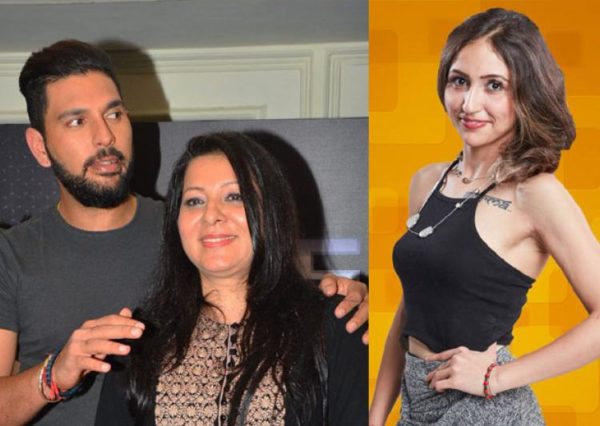 As per Akanksha, the family mentally and physically tortured her. In her complaint, she wrote that the family forced her for performing unnecessary tasks and would also invade her personal space. Yuvraj Singh’s name is included in the complaint because he took no effort to stop all this!

Twitter came in support of Yuvraj Singh and slammed Akanksha Sharma for this publicity stunt. They started the trend #WeSupportYuvraj; check out their tweets…

For money and popularity!

Stupid attention seeking stunt Akanksha! You said you have nothing against Yuvraj. Nobody is going to trust you. #WeSupportYuvraj pic.twitter.com/D2wx7rITRQ

If she’s doing it for publicity stunt, it’s really bad. We are waiting for Yuvraj Singh to react to this.

Virat Kohli Asked People To Celebrate Crackerless Diwali. Got Trolled In The Worst Way
Meet The New Captain Of The Bigg Boss House. Fans Are Going To Love This News