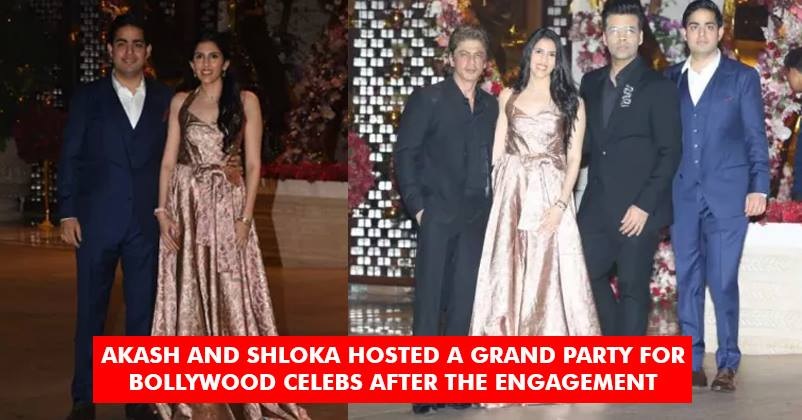 It’s celebration time in Ambani family as Akash Ambani, the elder son of Mukesh and Nita Ambani, has got engaged to Shloka Mehta, his childhood sweetheart. The marriage is going to take place later this year, most probably in December.

Akash proposed to Shloka on 24th March and rings were exchanged on Saturday in Goa. Shloka is the daughter of diamantaire Russel Mehta and Mona Mehta.

Akash and Shloka know each other for years as they have studied together in Dhirubhai Ambani International School, Mumbai.

The Ambani family along with Shloka went to Siddhivinayak temple in Mumbai after the engagement. The Ambanis also gave a party to welcome the new member of their family and undoubtedly it was a grand affair that was attended by high profile celebrities from Bollywood as well as cricket world.

The couple was looking just awesome and they posed with various celebs. Check out pics:

8. Rajkumar Hirani with wife and son

Akash and Shloka make a truly adorable couple! What do you say?

Shahid Takes A Dig At Sonam. Says Some Actresses Worry More About Their Costumes Than Character
After Bhai Comment, Tiger Opened Up For First Time About Relation With Disha. This Is What He Said