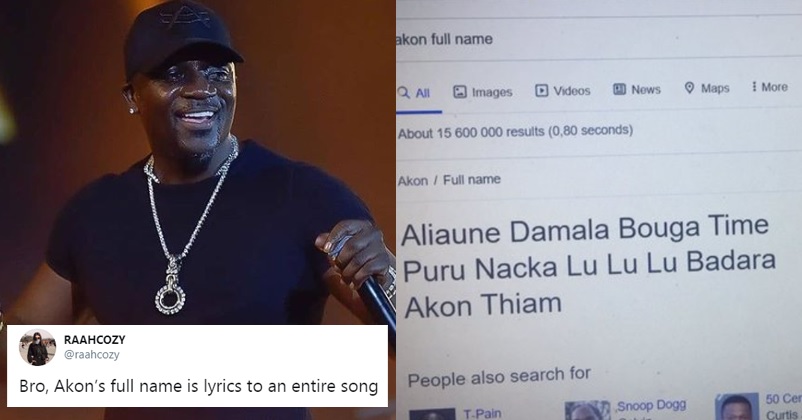 Akon is one of the most famous singers of the present times and he has a huge fan following all over the world. However, many Indians know him because of his song, “Chammak Chhallo” which he sang for Shah Rukh Khan starrer “Ra.One”. The movie failed to impress audiences but the song was loved by people and it can still be heard in parties or other events. 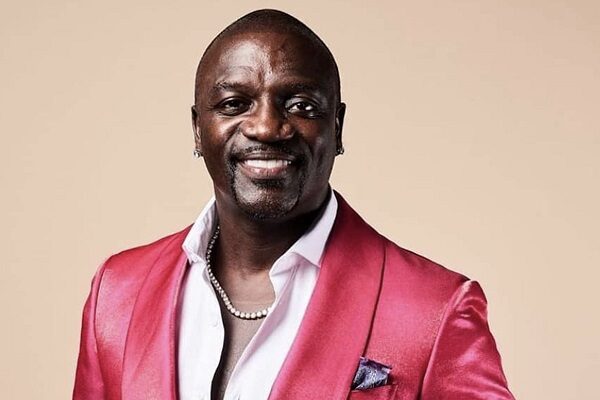 The Senegalese-American singer-actor is trending on the Internet and social media nowadays but you will be surprised to know that he is all over the virtual world not for his song but because of his name.

Yes, you read that right! Do you have any idea what is the full name of Akon?

Well, sit back and be ready for a surprise as Akon’s real name is 12 words long! Shocking but true! It is – Aliaune Damala Bouga Time Puru Nacka Lu Lu Lu Badara Akon Thiam. Well, you may need to take rebirth or many more births to pronounce that! 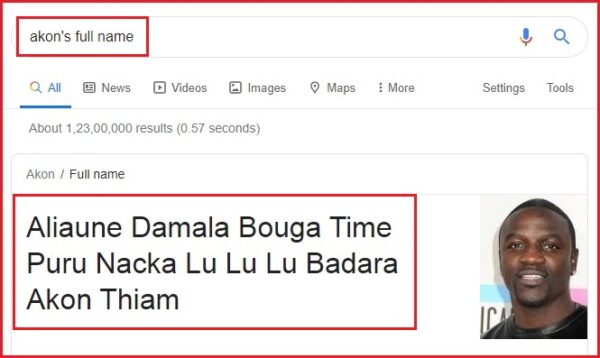 Akon never hid his name; in fact he told it in 2009 when he attended The Ellen Show but it didn’t get much reaction at that time as social media was not used much at that time.

Recently, someone found out Akon’s complete name on Google and shared it with other online users. Everyone is a bit astonished as no one imagined that their favourite singer has such a long name.

This is how Twitter reacted after knowing the full name of singing sensation Akon:

When you google Akon’s real name,

Akon's real name looks like someone’s a cat ran through a keyboard while typing!! pic.twitter.com/49i2kESBC1

I never believed speaking in tongues could be an actual language until I googled Akon’s real name 😁 pic.twitter.com/muVMm4Qay5

Akon's real name is weird Af, seems his parents had enough time to compose that😂 pic.twitter.com/EJ6uE9Xx2B

This is AKON's Real name 😂😂😂😂. Th next award he gets . The host needs to say his full name. pic.twitter.com/TZoSugOuXz

When you apply for a job in a company owned by Akon and they ask you to write and pronounce Akon's full name. https://t.co/VtHddcoYry

Do you know anyone else who has such a long name? Share with us.