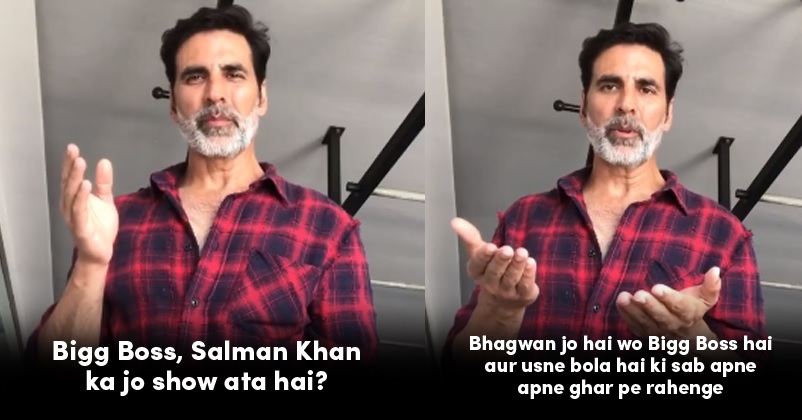 Everyone is sitting at home nowadays due to the lockdown in the country and the Bollywood celebs are no exception to it. Undoubtedly, B-Town has also suffered a setback on account of the coronavirus outbreak as release of few movies has been postponed indefinitely while shooting of many movies films has been stopped. The Indian film actors are now spending time with their families, interacting with fans, indulging in other activities and making posts on social media networks to spread awareness regarding COVID-19. 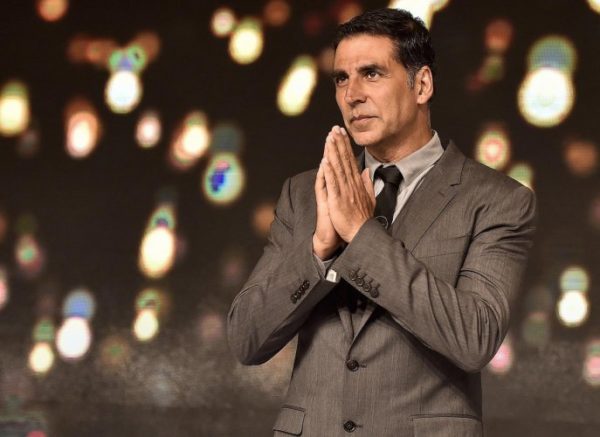 Akshay Kumar who has recently donated Rs. 25 crore to PM-CARES is also sharing videos on social media in which he is asking people to stay at home and follow the instructions given by the government. In a video which he posted on Instagram, he seems to be angry with the people who are not taking lockdown seriously and are going out of their houses for no reason. He compares the 21 days lockdown with one of the most famous yet controversial reality shows of Indian television Bigg Boss which has been hosted by actor Salman Khan many times. Akshay says that the God is the Bigg Boss and he wants each of us to remain at home.

The actor shared the video with caption,

At the risk of sounding repetitive, sharing my thoughts…there is a lockdown for a reason. Please don’t be selfish and venture out, you’re putting others lives at risk 🙏🏻

At the risk of sounding repetitive, sharing my thoughts…there is a lockdown for a reason. Please don’t be selfish and venture out, you’re putting others lives at risk 🙏🏻‬ ‪#StayAtHomeSaveLives. @my_bmc

During an interview with a radio channel, Khiladi Kumar revealed that he is also working from home other than making videos and posting them on social media networks. As per him, he is reading script with the director and writer on the video call as he can’t go anywhere and nobody can come to his house as well.

The actor admitted that personal meeting has its own flavour but we should take the benefit of technology too. According to him, he feels that God is the Bigg Boss who wants that everyone should stay at home, adding that the person who will stay at home will be the winner. He has asked people to stay at home with family and focus on hygiene. The “Good Newwz” star further says that taking care of health is the most important thing but people generally lose focus from their health in such times.

The release of Akshay’s movie “Sooryavanshi” has been postponed due to the coronavirus outbreak. The movie is directed by Rohit Shetty and it also stars Katrina Kaif in the lead role.

Stay at home and practice social distancing to stay safe!