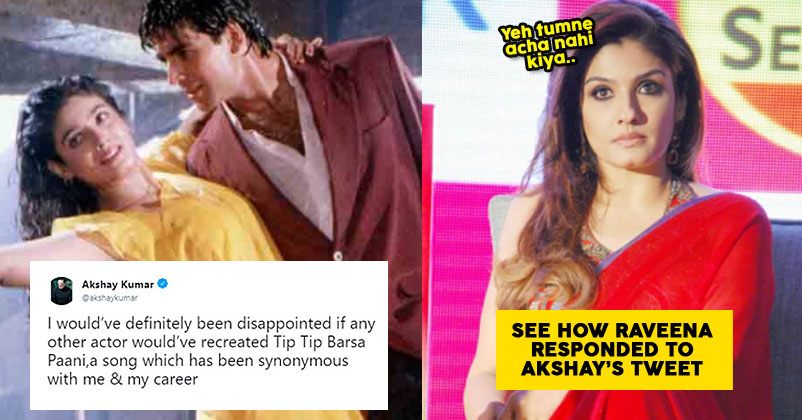 Raveena Tandon is one of the most beautiful and talented actresses of Bollywood and she has been a part of some really good movies. Other than her roles, she is also remembered for sizzling songs such as “Tip Tip Barsa Paani” from the movie “Mohra”. Akshay Kumar was also featured in this song but undoubtedly, it was Raveena who made everyone go crazy with her dance moves. 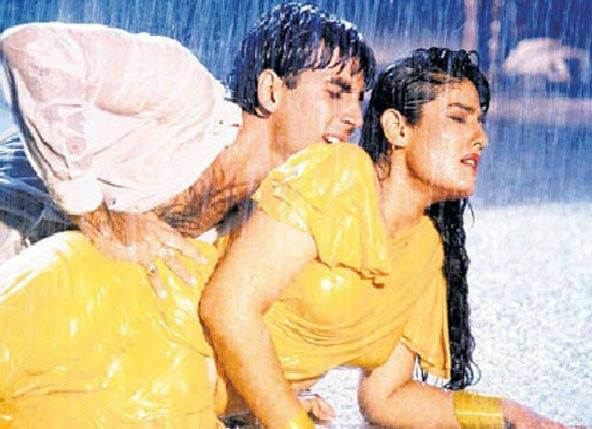 Recently, Akshay Kumar took to Twitter to tell his fans that “Tip Tip Barsa Paani” will be recreated in his upcoming movie “Sooryavanshi”. The flick is directed by Rohit Shetty and it stars Katrina Kaif in the female lead opposite Akshay Kumar.

This is what Akshay Kumar tweeted with a photo: 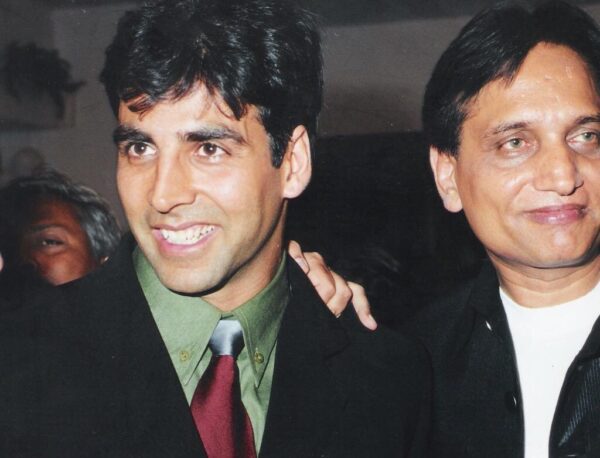 “I would’ve definitely been disappointed if any other actor would’ve recreated Tip Tip Barsa Paani, a song which has been synonymous with me & my career & I can’t thank Ratan Jain ji enough. At times like these you realize, we may have come a long way but we also go back a long way”

I would’ve definitely been disappointed if any other actor would’ve recreated Tip Tip Barsa Paani,a song which has been synonymous with me & my career & I can’t thank Ratan Jain ji enough. At times like these you realize,we may have come a long way but we also go back a long way pic.twitter.com/UtH5iDS0i9

When the gorgeous Raveena was asked about Akshay not mentioning her in the tweet, she said that she had not seen the tweet. However, she also made it clear that she loves remixes and a peppy touch to the song will be awesome.

Meanwhile, the social media users trolled Khiladi Kumar for not mentioning Raveena’s name in the tweet. At one fell swoop, they also clarified that it is Raveena because of whom the song is remembered and not for him. 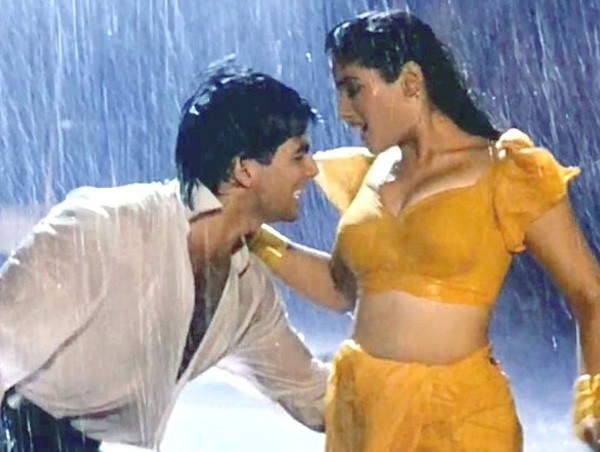 Here are some tweets:

That song is synonymous only with @TandonRaveena and you didn't even mention her. You were not even the highlight of that song. Get that clear

I can't imagine this song without Raveena in it. Don't recreate it pleaaaaaaaaaaaaaaaaase!😭

You r a great actor but 'Tip tip barsa pani' was never synonymized with you. Raveena Tandon ran the show there &was the sole element behind its success.Give credit where it's due,else it's just another 1 of bollywood boys' club remaking an item song with an actress half their age

Btw the star of song is @TandonRaveena #RaveenaTandon
Just because of her killer moves and dance and beauty.

Tip tip barsa pani only belongs to her

@akshaykumar the only person we remember in the song was @TandonRaveena I don't think so anyone will be able to create the same magic again. But all the be#TipTipBarsaPaani #bollwood #KabirSingh #Sooryavanshi #RohitShetty @ajaydevgn @RanveerOfficial @Bollyhungama @IndiaToday

ip tip barsa paani was all @TandonRaveena. We didn't even looked at the building in the song.. The only guy who looked at you was @Zakirism , because he wanted to do a comedy sketch on it.

U did nothing in the song, give credit to @TandonRaveena ungrateful man

Akki we love you but for once don't forget to give the due credit to Raveena. The song was a hit not just because of you. Also I was not a huge fan of Raveena but Katrina can never recreate what she did.

Nope… Synonymous to Raveena.. Sorry Akshay, I doubt if anybody looked at you in this song..😁 pic.twitter.com/DC2B9CSBaB

What do you have to say about the recreation of “Tip Tip Barsa Paani”? Let us know your views.

This Is What Kiku Sharda Has To Say About Sunil Grover’s Absence In The Kapil Sharma Show
Rahul Bose Billed Rs 442 For Just 2 Bananas At A Luxury Hotel. Twitter Flooded With Funny Reactions