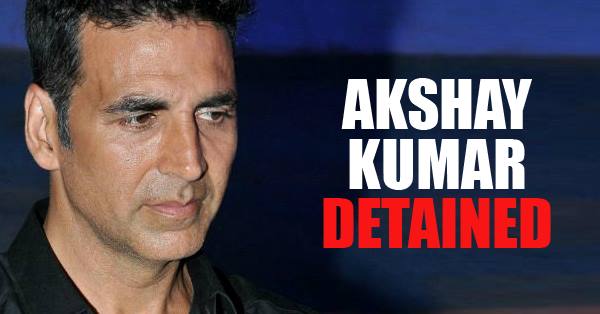 Akshay Kumar is a very popular and acclaimed star all around the globe but for the airport authorities at London’s Heathrow Airport, the most important thing is the documents of the traveler and if the documents have any discrepancy, they will take necessary action irrespective of the person’s status. The Khiladi of Bollywood was held at the Heathrow Airport, London as he didn’t have a valid visa needed for traveling. It all happened when Akshay reached London with his personal trainer for the shooting of his upcoming movie Rustom. The immigration authorities held him at the airport for nearly an hour-and-a-half as the documents of Akshay were having some discrepancy. He was made to sit in the general holding area where all the detained travelers used to sit and as Akshay is a famous actor, people flock around him for photos and autograph. Akshay requested the authorities to arrange for him to sit in a private area but it was not possible as there was no particular area for that purpose.

According to rules, a citizen of Canada can visit UK in the capacity of a tourist without a visa but as Akshay was there for the purpose of his movie’s shooting, a visa stamp was necessary. Till the matter was sorted out, Akshay waited at the airport but later when he was asked about it, he denied that anything of this sort has taken place.