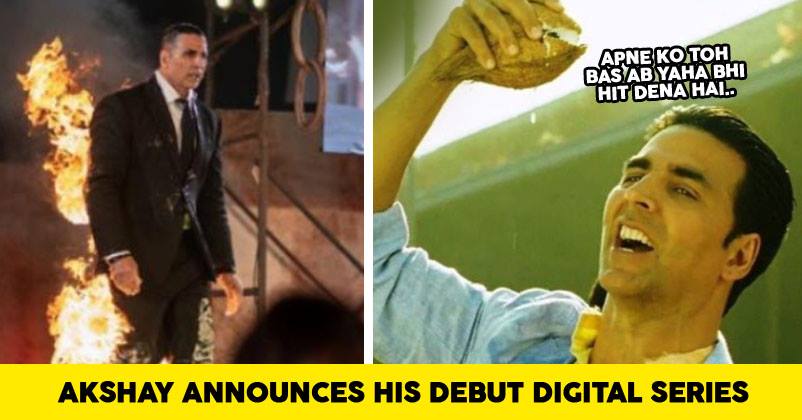 Akshay Kumar has always been one of the busiest and highest earning Bollywood stars. He has consistently given 3-4 films every year and sometimes even more. In 2019 and 2020, he again has a huge and interesting lineup with films like Kesari, Good News, Housefull 4, Mission Mangal and Sooryavanshi. 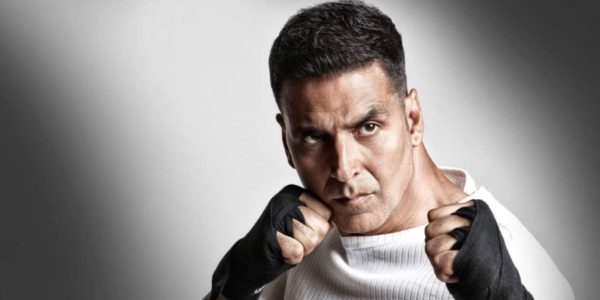 But it’s not enough for Akshay and he has eyes on digital content now. Akshay is all set to make his debut on OTT with Amazon Prime’s upcoming show which is tentatively titled The End.

The show intends to entertain the fans of the thriller genre and therefore a grand announcement was made today. Akshay literally set the stage on fire as he walked the ramp with his clothes on fire. For everyone, it was a breathtaking view.

Akshay shared the update with his fans on social media. He shared the pics on Instagram and wrote-

Literally, all fired up for my association with @primevideoin’s THE END (working title). Trust me, this is only the beginning 😉

Literally, all fired up for my association with @primevideoin’s THE END (working title). Trust me, this is only the beginning 😉 @abundantiaent

You can also check the pictures below: 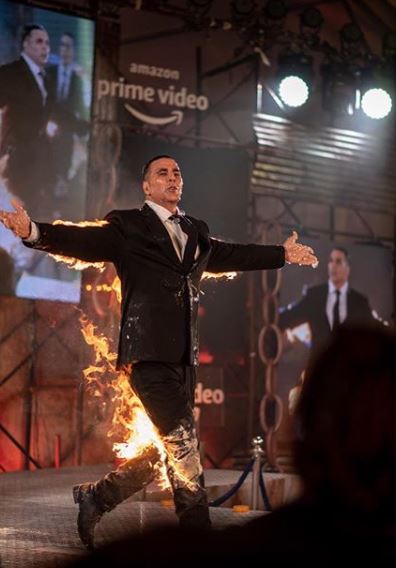 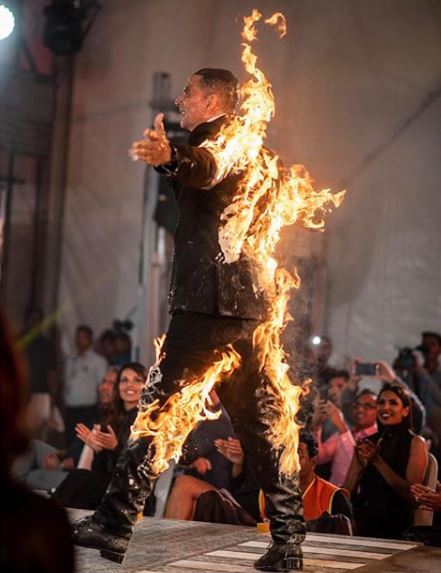 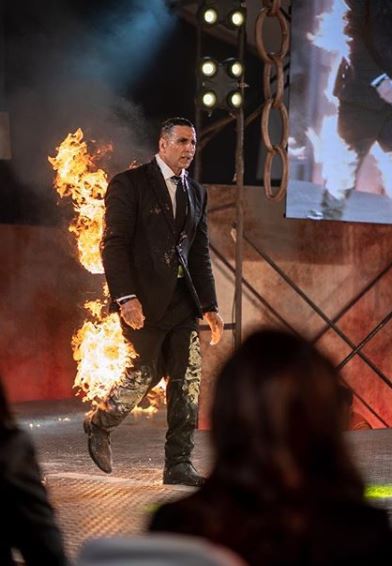 Akshay also shared a video of his spectacular walk. Watch below:

If announcement is like this, how will be the actual show? We can just wait for it.

Continue Reading
You may also like...
Related Topics:Akshay Kumar, The End

One Family Member Of Nick Jonas Doesn’t Like Priyanka Chopra. Details Here
Fans Came Up With The Best & Epic Memes After Game Of Thrones 8 Trailer Released