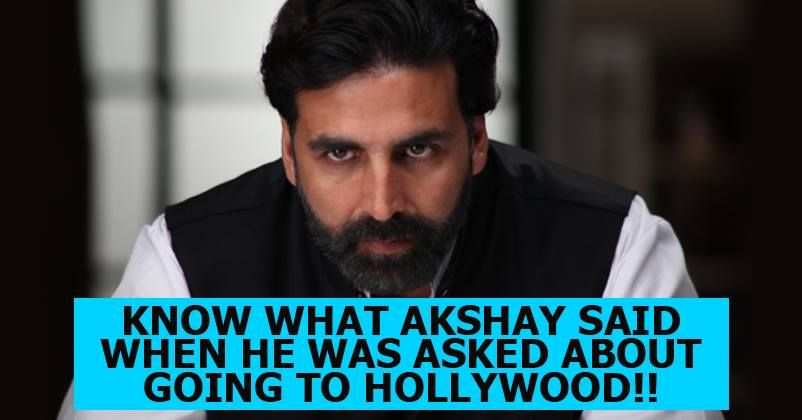 Akshay Kumar is no doubt the king of action but at the same time, he is no less in comedy too and has given the industry many movies which entertained audience, tickling their funny bone.

An amazing thing about him is he never fails to amuse viewers and that’s what has ranked him among the most loved and popular actors of Hindi Cinema. Once again Akshay is back in his comedy avatar with “Housefull 3” which is going to hit theaters on June 3, 2016. He never gave importance to Hollywood movies in life as the actor says that Hollywood is not his priority.

During an interview, Akshay stated that he is doing a Tamil movie and a Punjabi film as well, adding that he is not interested in Hollywood and wants to move towards South instead of West.

According to him, artists from across the world are coming to India to work in Hindi Cinema, so why he should make his way to Hollywood. Other than Akshay Kumar, “Housefull 3” stars Nargis Fakhri, Lisa Haydon, Jacqueline Fernandez, Riteish Deshmukh and Abhishek Bachchan in lead roles. Promotions of the movie have been done on a big scale and makers have high hopes of its being a blockbuster.

Ohh, So This Is Why Imtiaz Ali Preferred Anushka Sharma Over Deepika Padukone For His Next With SRK
Who Is This Baby Girl On The Cover Of Parle-G Biscuit Packets?