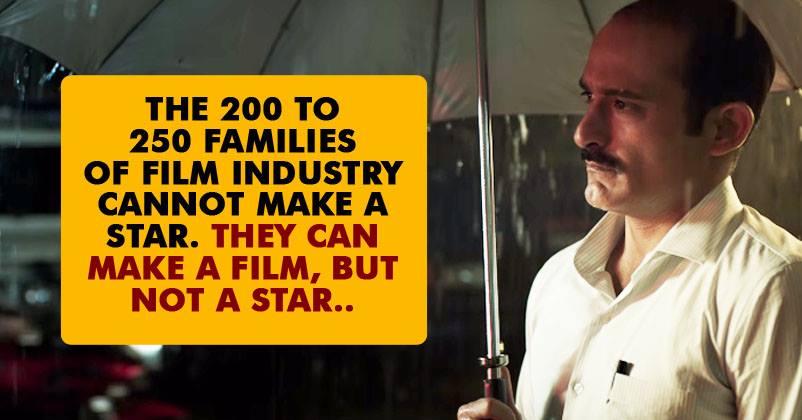 These days, many people are talking about the “Nepotism” issue in Bollywood. We didn’t even know this term few months back. However, people have found it to be a good topic of debate.

It was Kangana Ranaut who started off the topic of nepotism and even blamed Karan Johar for being the ambassador of it. Since then, people are sharing mixed opinions on social media and are busy taking sides. While some are of the opinion that star kids get easy entry into Bollywood, some feel that they have come forward only due to their efforts.

Many celebrities spoke about this debate and shared different opinions. Latest one to speak about the hot topic is Akshaye Khanna, who is receiving all the appreciation for his movie Ittefaq.

While some stars have gone to extremes to speak about nepotism, Akshaye Khanna has a subtle yet a logical take on the issue.

In an interview, Akshaye said,

“Let me give you one argument that will end the debate. Whether you are in favor of nepotism or against it, the basic fact is that anybody who has made it, in any field, it’s because the people have decided that this person will be successful. It is something that is not decided by the film industry, but the audience. Today, a David Dhawan’s son, the audience has said we want to watch. The film industry has not said it. The 200 to 250 families of film industry cannot make a star. They can make a film, but not a star.” 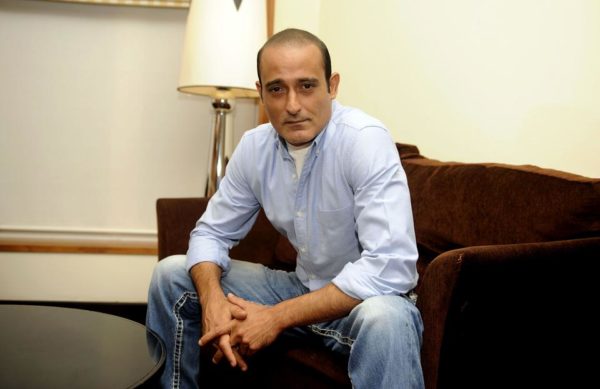 “I can launch an actor. Today a Boney Kapoor’s son, the audience has decided that we want to watch him. Arjun Kapoor‘s face is accepted. There are many actors who come, people decide that we will not watch this person and his face is rejected. So the whole debate of nepotism falls flat on its face. I can nepotise somebody by making a film, but I cannot say. Today Abhay Chopra (director of Ittefaq) is Ravi Chopra’s son and BR Chopra’s grandson. He is coming from a legacy that is very rare. There is not a studio in Hindi cinema which is bigger than BR, or a banner as we call it these days. Today if I can do a film, Sid can do the film, Sonakshi can do the film, and Karan and Shah Rukh can produce it, whether Abhay gets to make another film or not is decided by the audience. So nepotism falls on its face.”

Akshaye Khanna is actually right; it’s the audience that decides how successful an actor would be. If audience doesn’t favor a particular actor, he might not get the expected popularity.

Continue Reading
You may also like...
Related Topics:Akshaye Khanna, nepotism