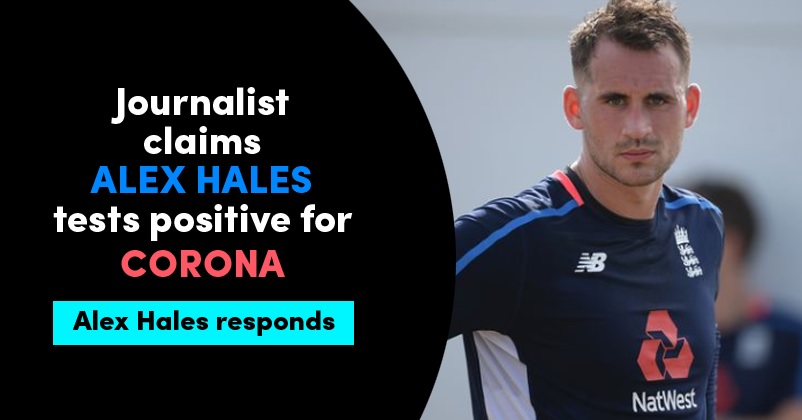 The Pakistan Super League (PSL) has been called off due to the coronavirus scare despite the fact that the remaining matches (semi-finals and final) were scheduled to be played in empty stadiums. The tournament got its first setback when some foreign players decided to return to their countries. It is being said that the authorities decided to call-off PSL after the news of a foreign cricketer developing symptoms of coronavirus started circulating post he returned home. 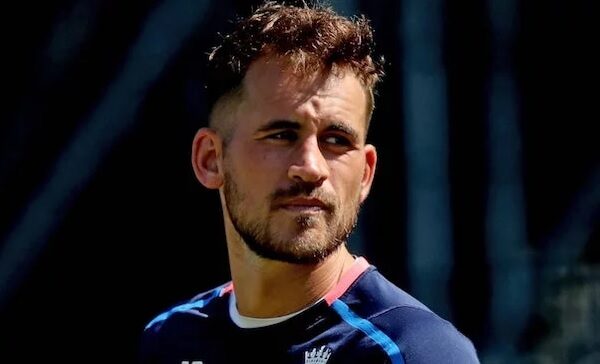 The player in question is England opener Alex Hales who was a part of Karachi Kings in PSL and it was speculated that the decision of calling-off PSL was taken because he showed symptoms of coronavirus. The former cricketer and commentator Rameez Raja confirmed that Alex Hales showed symptoms of COVID-19 but he also said that Alex had not undergone tests and he had self-quarantined himself.

Soon, false news of Alex Hales testing positive for coronavirus began to circulate and many mediapersons and journalists also started talking about it. The situation got so ugly that the England cricketer took to the micro-blogging site Twitter to slam a journalist who confirmed that Alex has been tested positive.

However, this tweet seems to have been deleted by the cricketer and now he has given an update of his health by issuing a statement through his Twitter handle.

In this statement, he has written that just like other cricketers, he also returned to home, leaving the tournament due to coronavirus outbreak as he felt that it is better to be with family at this time rather than getting stuck far from home in a lockdown situation.

He further wrote that he returned on Saturday, he was perfectly fit and fine and he had no symptoms of virus. However on Sunday when he got up, he had fever so he self-isolated himself and as of now, he has also developed dry and continuous cough. He has also told that he has not been tested till now but he will give update of his health condition as soon as he gets tested. 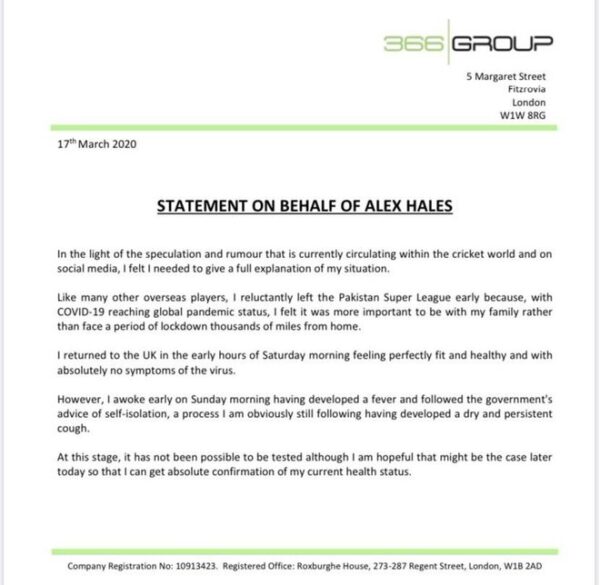 An update on my situation, stay safe everyone pic.twitter.com/8mDPOBGmI8

The situation all over the world is quite alarming so it is better to stay indoors, avoid going to crowded places and keep yourself safe!