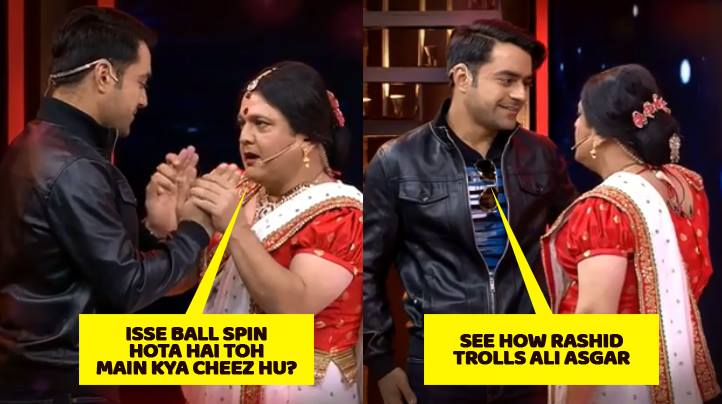 Rashid Khan is one of those cricketers who have proved their worth in the IPL 2018. He was purchased for Rs. 9 crore and at that time, people were doubtful about his performance. However during the whole tournament, he has shown the world that he was worth every bit of it and the buyers didn’t make a wrong choice.

Well, not many know that he has no match off-the-field as well, especially when it comes to humour. Few days ago, he appeared in Jio Dhan Dhana Dhan with Yusuf Pathan and Mohammad Nabi. The host of this IPL special program is ace comedian Sunil Grover and the show also features Shilpa Shinde, Ali Asgar and Sugandha Mishra.

We all have seen Ali’s brilliant comedy skills as he has been entertaining us for several years now. In fact, he was an important part of Kapil’s both shows – Comedy Nights With Kapil and The Kapil Sharma Show. People just loved his portrayal of Dadi, how can we forget those epic kisses?

Ali had a great fun time with Rashid on Dhan Dhana Dhana; while Rashid recited a popular dialogue of Shah Rukh Khan from the movie “Kuch Kuch Hota Hai”, he also created humour on the sets when he trolled Ali Asgar in an epic way. 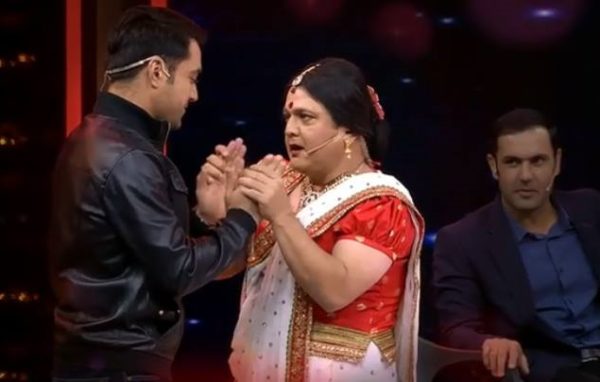 In a flirtatious tone when Ali said, “In haatho se ball spin kar dete ho toh main kya cheez hu? (If you can spin the ball with these hands, what am I?)”

We must say that Rashid has played Ali’s Yorker very well. What do you say?

Trailer Of Sanju Is Out. It Highlights Everything From His Affairs To His Bad Days
Rajasthan Royals Did Big Blunder By Posting A Wrong Map Of India. Got Trolled By Users