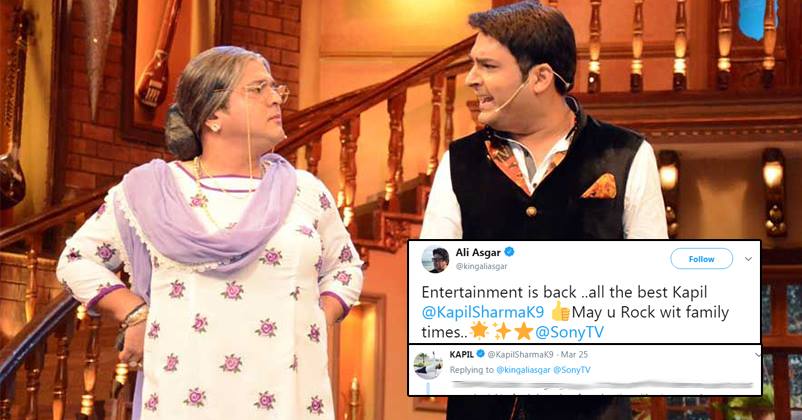 Last year in March, Kapil Sharma made us sad by discontinuing TKSS. Things turned worse after his mid-air flight with Sunil and team. We were heartbroken when Kapil, Sunil and Ali Asgar split.

Exactly after one year, we became happy when Kapil announced his new show “Family Time with Kapil”. We expected Ali Asgar and Sunil Grover to be a part of it, but sadly, it didn’t happen. 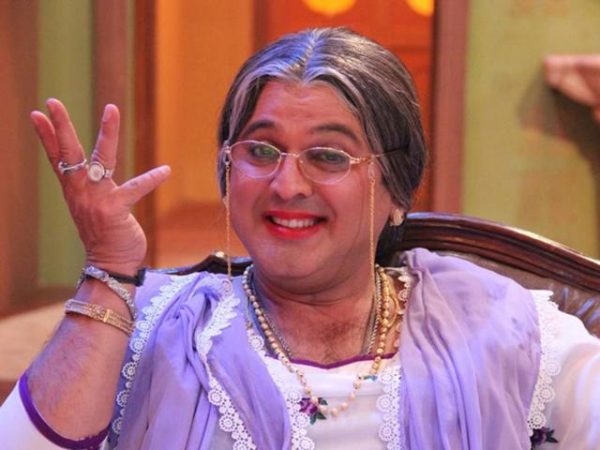 Audience didn’t like the first episode of “Family Time with Kapil” because they were missing their favorite stars. We even saw a Twitter war between Kapil and Sunil, wherein they were blaming each other.

Looks as if Ali Asgar is ready to forget everything. He took to Twitter to wish Kapil luck.

This is what our favorite Pushpa dadi tweeted;

Entertainment is back ..all the best Kapil @KapilSharmaK9 👍May u Rock wit family times..🌟✨⭐️@SonyTV

Kapil got emotional seeing this tweet. He expressed that he was missing his team-mates (Without naming them). He obviously referred to Ali Asgar and Sunil Grover.

This is what he replied;

Thank u ali bhai .. missing u guys .. it’s the same floor where we used to shoot comedy nights.. I only know how I am shooting without u guys .. love u

The reply read, “Thank u ali bhai .. missing u guys .. it’s the same floor where we used to shoot comedy nights.. I only know how I am shooting without u guys .. love u”

Would the bond between Ali and Kapil grow stronger? Will Sunil Grover reply too?

Deepika Takes A Dig At Salman Khan. Will Her Career Be In Danger Now?
What Disha Revealed About Her Relation With Tiger May Break Fans’ Hearts