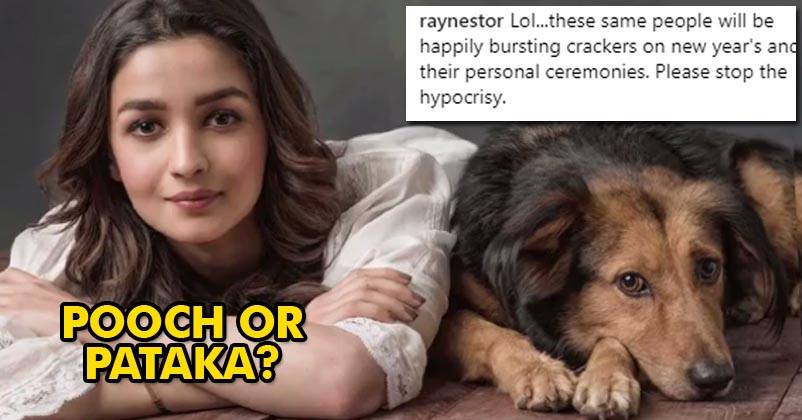 Alia Bhatt is one of the most beautiful as well as successful actresses of the Hindi film industry. It won’t be wrong to mention that she has achieved the whole lot on her own and her being a star kid has hardly got anything to do with her success. She has showcased her brilliant acting skills which kept on refining and improving with each flick and now she’s ranked among the top Bollywood actresses.

It’s quite natural for Alia to have a huge fan following and she might have thought of making the most of it by talking about societal issues, such as bursting firecrackers in Diwali. Often things work in the favor of celebrities but you never know fans. They might even troll their famous celebs for the things they don’t like, just as Alia was lately trolled.

Yes, that’s right! Alia Bhatt took to Instagram and posted a small video, asking fans “What are you choosing this Diwali? #CoExist #PoochOrPataka” 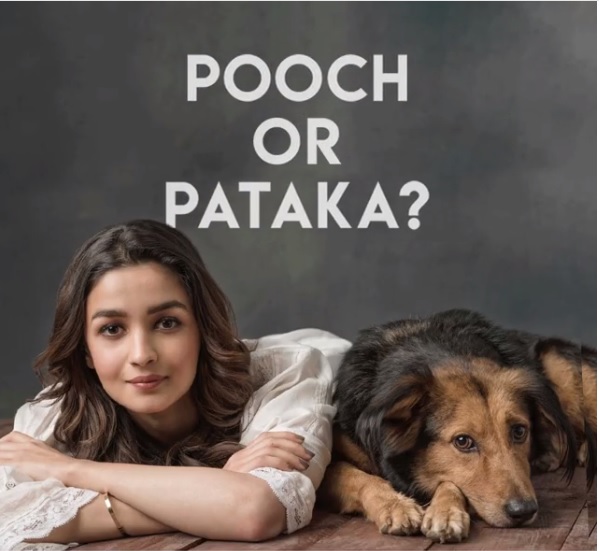 Although many straight-forwardly answered, there were several others who took a jibe at the actress for her post and trolled her badly. Here are some of the selected comments: 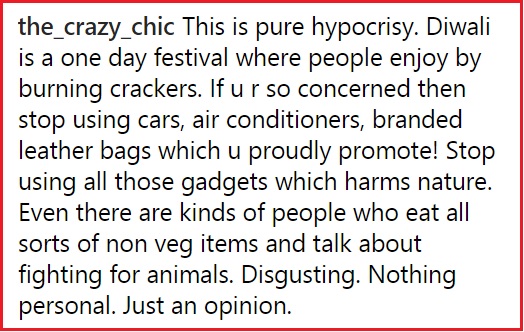 However, there were few who appreciated her too:

KBC Made A Comeback After 4 Yrs & It’s Soon Going Off Air. We Are Very Sad
A Woman Started #NosePinTwitter & All Girls Are Sharing Their Pics With Nose Ring