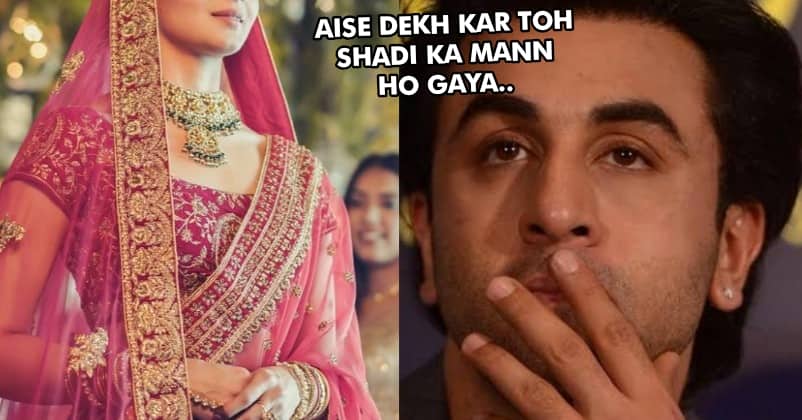 Alia Bhatt is one of the most sought Bollywood actresses of the present times and taking into consideration her fan following, it is not at all surprising that she is endorsing a good number of brands currently.

She has been roped in by a popular traditional fashion brand Mohey and recently, she shot a commercial for them in which she is seen in a bridal avatar.

She shared some photos of the promotional event and the video on social media sites and her fans went gaga on her bridal look. 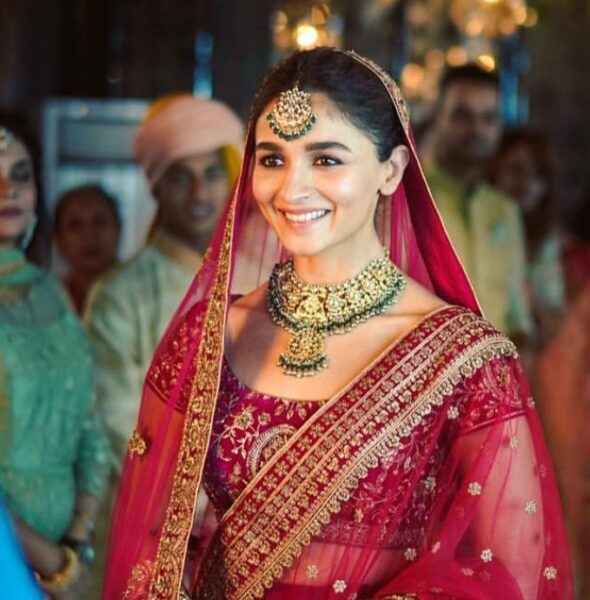 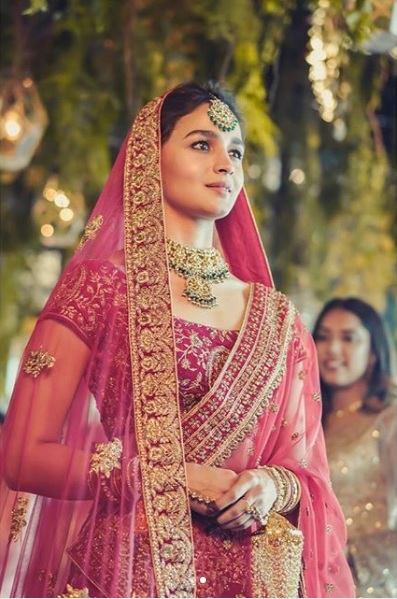 The caption written by Alia read, “#DulhanWaliFeeling 🧚‍♂️ Super excited to be the face of #Mohey … Here’s to new beginnings and beautiful lehengas 💃✨”

#DulhanWaliFeeling 🧚‍♂️ Super excited to be the face of #Mohey … Here's to new beginnings and beautiful lehengas 💃✨ pic.twitter.com/DkIuV5KOwm

The ad features her as a bride who is walking down the aisle towards her groom and she is shown in different shades – confused, emotional, romantic, etc.

As she shared the video, some fans started asking about Ranbir Kapoor, her rumoured boyfriend, and alleged that she might also get married to him soon.

You will soon get the same feeling in reality @RanbirKapoorFC

Now, she has to marry. That would have been one condition of brand #Mohey

Earlier, actress Anushka Sharma and her husband Virat Kohli, the skipper of Indian cricket team, were the brand ambassadors of this brand. While Alia has replaced Anushka, Kartik Aaryan has already replaced Virat earlier this year.

Alia and Ranbir make up one of the most adorable B-Town couples and some time ago, there were rumours that they will be tying the knot very soon. However, no official confirmation has been made by both of them or their families in this regard. Ranbir and Alia are working together for the first time in Ayan Mukerji directed “Brahmastra” which may release in summer 2020.

Singing Sensation Ranu Mondal Says A Movie Can Be Made On Her Life’s Struggles
Kriti Posted Pic With Lord Ganesha’s Idol But Cropped Kartik. When He Asked, She Gave An Epic Reply