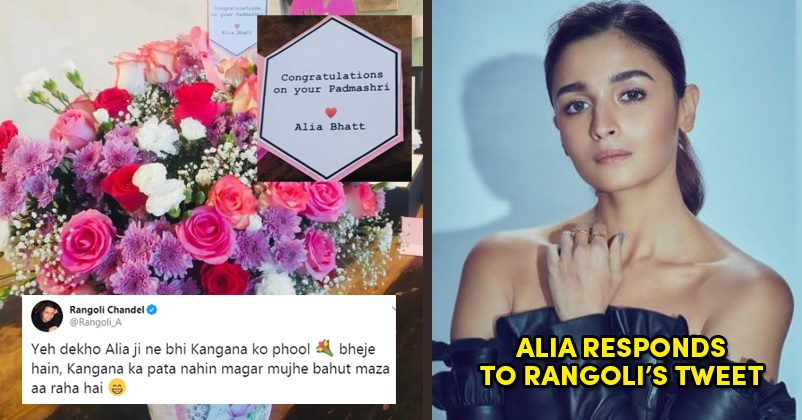 Kangana Ranaut is undoubtedly one of the most talented actresses of Bollywood and her contribution towards the Indian Cinema has been recognized by the Indian government for which she is being awarded with Padma Shri. This is certainly a big moment for the actress, her family members and fans and social media too flooded with congratulatory messages for the B-Town’s Queen.

Kangana’s colleague Alia Bhatt also decided to congratulate her and for this purpose, she sent flowers for her with a congratulatory message. There is not much to talk about it but Kangana’s sister Rangoli Chandel didn’t want to miss this chance. She tried to make fun of Alia by posting the pic of flowers and message on the micro-blogging site Twitter with caption,

When Alia Bhatt was asked about Rangoli’s tweet with regard to her congratulatory message, she said that she was not in the mood to talk about it, adding that they can react in whatever manner they want. 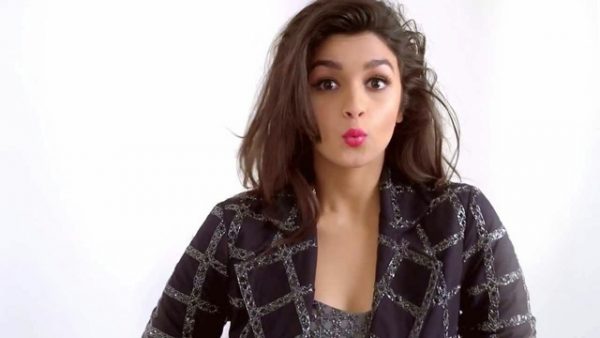 Kangana and Rangoli have criticised Alia in the past as well and called her a product of nepotism. Rangoli slammed Alia’s mother Soni Razdan also on Twitter and time and again talked about their nationality as they are not Indians. Rangoli also talked about the time when Mahesh Bhatt abused Kangana and did not allow her to attend the premiere of her own movie.

Kangana and Rangoli have been quite vocal on the social issues as well and many times, they slam other Bollywood celebrities for not raising their voices but don’t you think that making an issue of Alia’s gesture was uncalled for? What do you think about it? Do let us know.