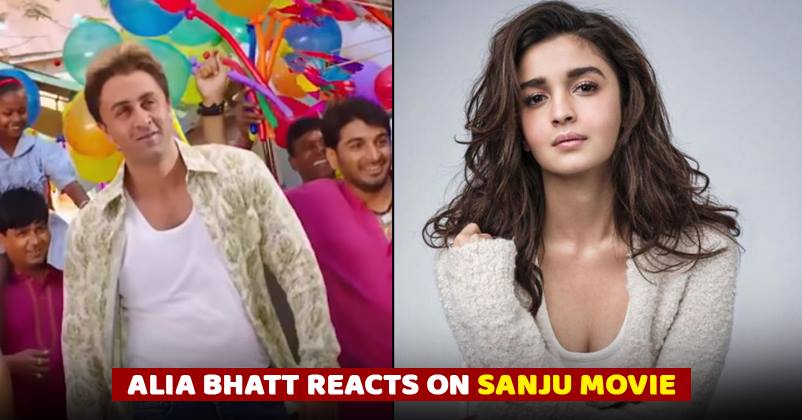 Ranbir Kapoor starrer Sanju has finally released and as expected the film is receiving great reviews from all over. From the brilliant performance of Ranbir Kapoor to the ups and downs of Sanjay Dutt’s life, the audience is thrilled about everything.

Sanju is finally a film in Ranbir Kapoor’s career that is being loved by everyone. This has happened after a long time and the talented actor must be feeling overjoyed with all the response.

But here’s a review that will not make just Ranbir happy but also his fans. Yes, we are talking about none other than Alia Bhatt.

The beautiful and talented actress spoke about Sanju as she attended an award function recently. When asked about it, she told-

“I really liked it. It is a fantastic, fabulous and an outstanding film. I think in my top 10 best film list, Sanju is high up there. Ranbir is outstanding in it. Vicky Kaushal and Paresh ji (Rawal) also did a fantastic job. Everyone including Anushka (Sharma) and Sonam (Kapoor) did really good job. It’s a full package.”

She further talked about being a fan of director Rajkumar Hirani and said that whenever his films are released, she just can’t wait to watch them because he manages to hit the ball out of the park every single time. She said-

“It is one of the best films that we have right now in the past couple of years.”

Now that, Alia has loved the film we think it’s a great news for Ranbir’s fans. Isn’t it?