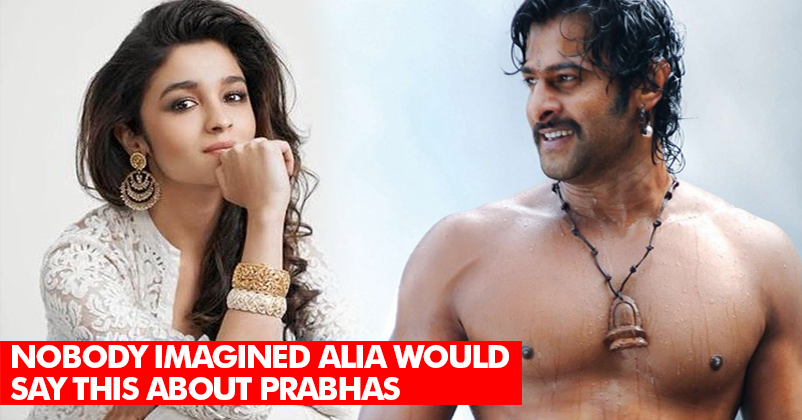 Baahubali star Prabhas’s stardom is on another level right now. After the epic success of Baahubali 2, his count of fans has seen a monstrous increase. Not just the normal cine-goers, but Bollywood stars are also loving this hunk and want to work with him. There were reports suggesting that Katrina Kaif will be seen opposite Prabhas in his upcoming film Saaho.

The latest one to join the bandwagon is Bollywood’s beautiful and talented actress Alia Bhatt. In the recent chat with her Twitter followers, Badrinath Ki Dulhania actress revealed that if given a chance she would love to work with Prabhas. Interestingly, Alia took the name of Prabhas when a fan asked about her favourite South Indian actor.

When asked if she would like to work with Prabhas, Alia said, “For sure !”

When Alia was asked to say one word for Baahubali 2, she said, “Need a new word for this GIANT ? Rock-buster? :)”

Well, it will be amazing to see Prabhas & Alia paired together onscreen for some film. Don’t you think?

Baahubali 2 is in its 3rd week and is still doing record business at Boxoffice everyday. The collections for just Hindi version are above 400 crores right now and are expected to touch 500 crores net by the end of its run.