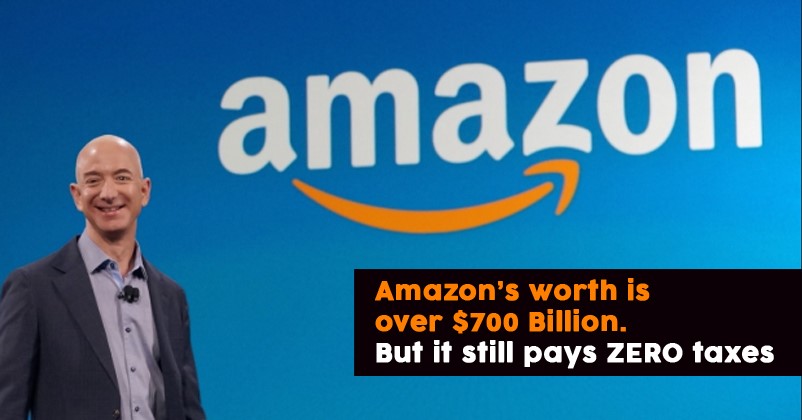 Do you know that one of the biggest multinational company Amazon almost pays no federal tax? It is hard to believe but the company which is worth over $700 billion paid no federal income taxes in 2017 and 2018 year.

USA President Donald Trump criticized the company for it and yet he reduced the corporate tax rate, making it even easier for large companies to pay less.

According to Bob Bryan, “Amazon avoids paying federal taxes using a variety of tax credits and tax exemptions that are legal and built into the U.S. federal tax code. Some of these can include the research and development tax credit which allows them to deduct some of the costs of new investments and also a big one for this past year was the ability to deduct stock-based compensation of executives.”

Amazon also takes advantage of the Internet Tax Freedom Act which says online retailers don’t have to charge sales tax. It allows Amazon and other retailers to trade tons of stuff tax-free.

Amazon is also trying to build a new campus HQ2 in the United States and cities like New Jersey are coming up with new incentives to get Amazon to come into their town. New Jersey is offering $7 billion in tax splits if Amazon builds its new campus around Newark, New Jersey. And this is not the only tax deals Amazon has been offered. From 2005 to 2014, it’s gotten over $600 million in tax shares to build warehouses and another $147 million in tax breaks for building data centers around the country.