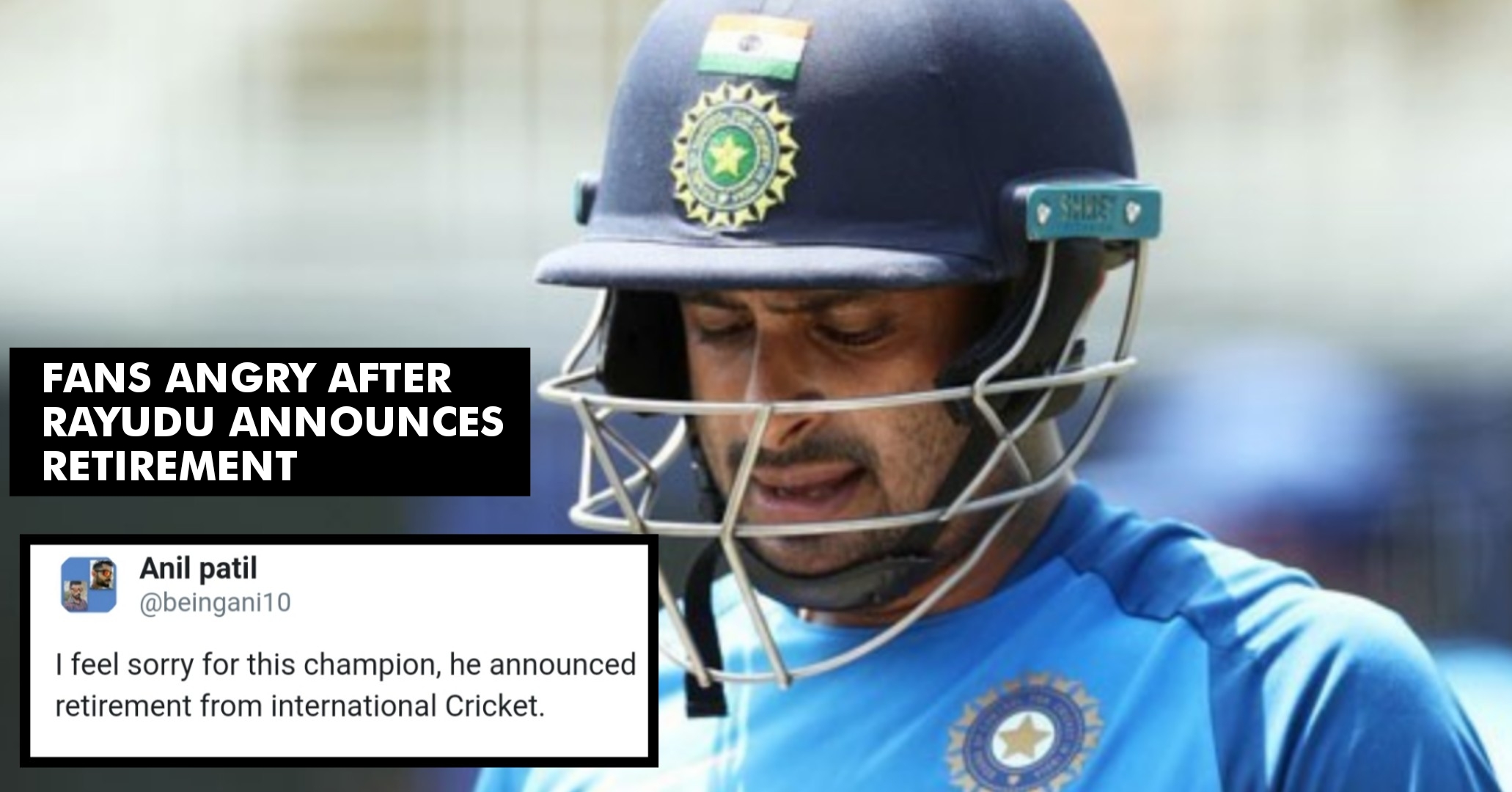 Another gem of the Indian cricket team Ambati Rayudu announced his retirement from all kinds of cricket format on Wednesday. The 33-year-old batsman conveyed his decision to the BCCI through an email and left fans heartbroken. In his email, Rayudu wrote, “I would like to bring to your kind notice that I have come to decide to step away from the sport and retire from all forms and levels of the game.”

Rayudu was not happy with the BCCI for choosing new budding players over him to play in the ongoing ICC world cup. Even after two exits due to injuries, BCCI didn’t even consider him for the team and chose Mayank Agarwal over him. Mayank has never played a single ODI in his career yet.

However, he hasn’t cited any reason for his early retirement, fans are angry with BCCI for not being fair with the talented player.

The upset fans slammed BCCI on Twitter and called it names.

Ambati Rayudu announces his retirement.. seriously this is not done 😥
Feeling sad for him 😢#Ambatirayudu #AmbatiRayuduRetires pic.twitter.com/fNatrAE66x

#AmbatiRayudu announces retirement from all forms of cricket.. Shocking decision.

A great talent who deserved a better career.Still so much cricket left in him. All the very best for your future. @RayuduAmbati #bbccricket pic.twitter.com/IsR8rsKDq5

It is definitely not far…
Politics gaming… #Ambatirayudu #politics https://t.co/3n7hWWVeC2

Talent is not recognized our Country -Only Politics has always been recognized ..Not just in one Cricket Game..in all the fields.

Congrats @BCCI ! Yet another dynamic player loses to your politics. Well Done ! pic.twitter.com/4NYDMcIPBl

Truly the Pain of rejection.!!

He has average of 50+ in ODIs. Yes,In last IPL his form is not up to the mark,but apart from that he is a pure talent.Considering Pant & Agarwal ahead of him is a crime. #Ambatirayudu pic.twitter.com/GuPO5jrAlI

Ambati Rayadu Announces Retirement From All Forms Of Cricket After World Cup Snub
Jadeja Lashes Out At Sanjay Manjrekar, Says He Has Enough Of His ‘Diarrhea’