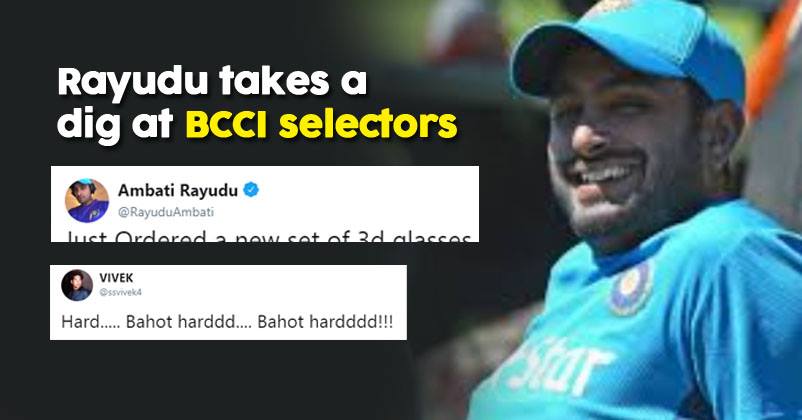 The Indian squad of the Cricket World Cup 2019 has been announced and the omission of Rishabh Pant and Ambati Rayudu has left many in a state of shock. While Dinesh Karthik was preferred over Rishabh Pant, Ambati Rayudu was shown the exit doors because of Vijay Shankar. 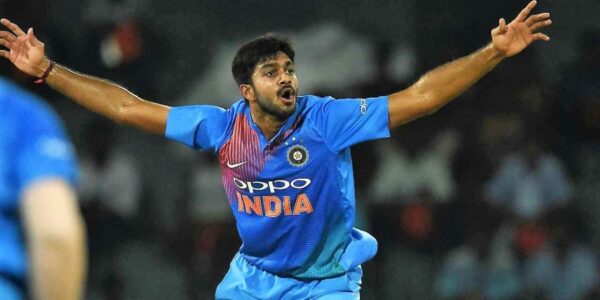 When the chairman of selectors MSK Prasad was asked about it, he said that Rishabh was left out because of his wicket-keeping ability as Dinesh Karthik scores better in that area.

As far as Rayudu is concerned, he said that Vijay Shankar gave them a “three-dimensional” option. With three dimensions, MSK Prasad meant that he can bat, bowl and field as well. Further to justify their decision, he said that the selectors are considering Vijay for number four in the batting lineup.

After this statement by MSK Prasad, Rayudu took a dig at the selectors by posting a tweet in which he wrote that he ordered new 3D glasses for watching the World Cup. Here he used 3D to make fun of the three-dimension option as stated by MSK Prasad. 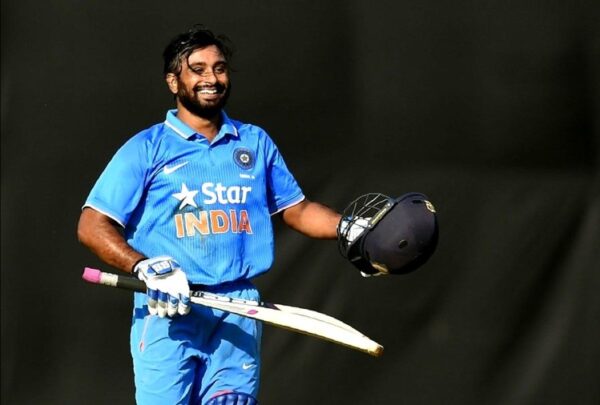 Here is what Ambati Rayudu tweeted, “Just Ordered a new set of 3d glasses to watch the world cup 😉😋..”

This is how Aakash Chopra and Pragyan Prayas Ojha reacted:

Curious case of some Hyderabadi cricketers… been in a similar situation… understand the wink✌🏼 https://t.co/zLtAQIMvYn

Twitter too loved Rayudu’s sense of humour. Here are some of the selected reactions:

Great reply Rayadu . You just won The World Cup. Whether you play our not you just hit the selectors for a six . Keep them 3D glasses safe.. Looks like MSK Prasad needs it more than you.

What a great way to take it. Looking at this spirit i wish you will bounce back harder.. good luck https://t.co/abGy4QKY4o

There is news that BCCI has kept Rishabh Pant and Ambati Rayudu on standby for the World Cup 2019, in case any player from the Indian squad gets injured.

We wish all the best to the Indian squad for the World Cup 2019!

How did you find Rayudu’s subtle dig at selectors? Let us know.

Ambati Rayadu And Rishab Pant Are Declared As The Standbys Of India Team For ICC World Cup 2019
CSK Lost To SRH In Dhoni’s Absence. Fans Shared Funny Memes To Show How Much They Missed Dhoni