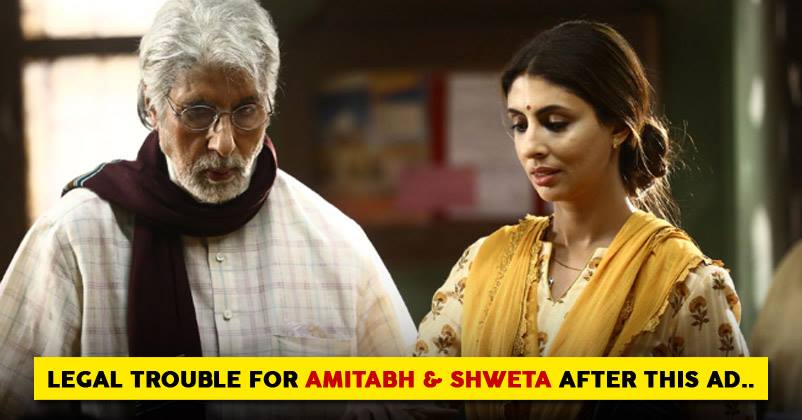 Bollywood actor Amitabh Bachchan and his daughter Shweta Nanda recently appeared together in an ad for Kalyan Jewellers. The content of the advertisement didn’t go well with a bank union that has called it “disgusting”, adding that the commercial is intended for creating “distrust in the banking system”.

All India Bank Officers’ Confederation (AIBOC) is a firm with allegedly 3,20,000 officials as its members. It accused the jewellery chain of “casting aspersion and hurting the sentiments of millions of personnel” by means of the ad and gave a warning of suing it. 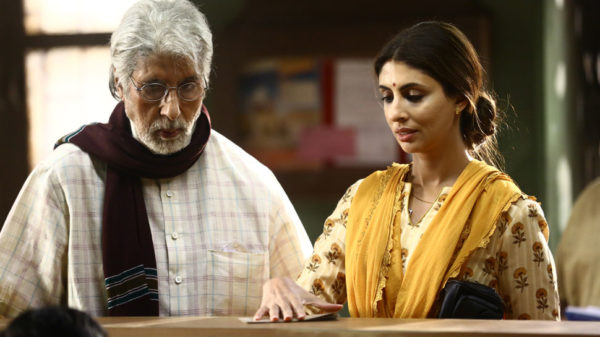 According to Soumya Datta, general secretary of the organisation, the advertisement’s tenor, theme and tone were “disgusting, derogatory, to say the least and is aimed to create distrust in the banking system, for pure commercial gain.”

However, Kalyan Jewellers denies all the accusations and says that the commercial was purely fictitious in nature. In a letter to Soumya, it wrote,

“We understand that your esteemed association feels that the bankers have been portrayed in bad light. We state it on record that it is a pure fiction and at no point we have intended to generalize the bank officers at large.”

“Please accept our unconditional disclaimer for the same. We shall within three working days from today add characters and situations depicted are fictional. The brand does not intend to disrespect or malign any person or community’ before the advertisement.”

Shweta has played the role of Big B’s daughter in the ad. It so happened that the father-daughter duo visit a bank branch for returning the pension that was credited in his account two times by mistake. When they make a complaint of the same, the manager asks him to keep it as no one is watching. Mr. Bachchan is shown to be a man of honesty and integrity and he slams the manager for his act. 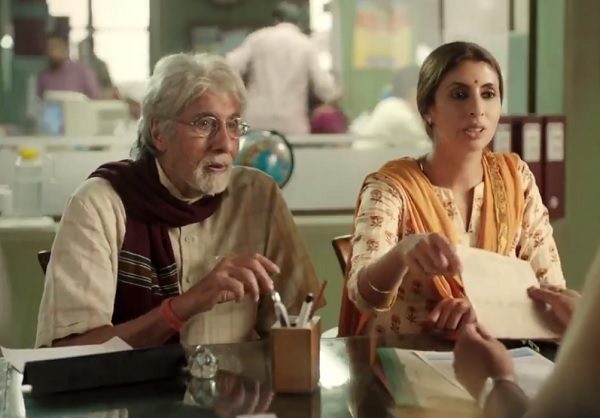 As per Soumya Datta,

“The advertisement portrays banks in bad light, casting aspersion, hurting the sentiment of millions of personnel, stakeholders and is a direct attempt to ruin the trust and confidence of billions of citizenries in banks.”

In a statement, AIBOC says that Big B makes an attempt of showing honesty by saying,

“Honesty doesn’t mean when everyone is watching, rather it is about being honest when nobody is looking at you. But, Mr. Bachchan perhaps was unaware that in the process of doing so on screen, he has made a mockery of the entire bankers’ community in the ad which is deplorable and culpable.”

“We express our strong resentment against the management of Kalyan Jewellers and Mr. Bachchan who have manifested a negative and false image of the Banks in the ad for their personal aggrandisement. We deem it as a case of defamation to all the banks as a whole.”

The organisation wants Kalyan Jewellers to apologise unconditionally and says that they will take appropriate “organisational action, including dharnas and litigation” if they don’t withdraw the ad.

If you have not watched the ad yet, here it is:

What is your take with regard to the ad? Let us know your views.