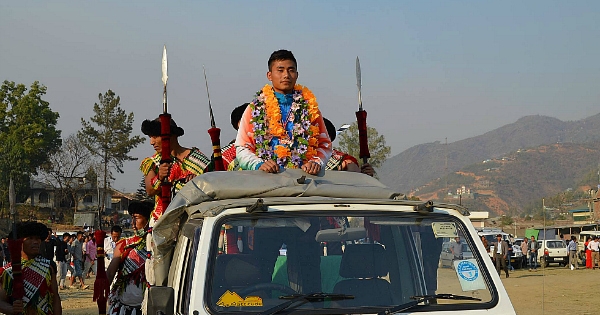 At World Martial Arts Council Games, Thaovi V Soto had beaten Iran, Brazil and Kazakhstan, successfully winning Gold but what’s this – all his hard work and dedication for our country went in vain because it did not get as much attention and admiration as it would have to. Merely some newspapers in conjunction with media outlets covered the news.

About only ten tweets could be seen congratulating this real hero on whom the nation should be proud of!

In his tweet, Vivek Kondur pleaded Narendra Modi to appreciate and cheer Thaovi, as he did for Indian cricket team.

Thaovi V Soto himself gave the expenses of his journey. Moreover, he’s one of the four athletes who belonged to Manipur and took part representing India as well as gained success in scoring Gold medal in World Martial Arts Council’s martial arts competition.

An inhabitant of Chingmai Khunou village, Thaovi made a victory in the category of 65-70 kg. Other than him, winners were Geetanjali Devi in the 60 kg category, Chungkham Ningthem in 50 kg and Kananbala Devi in 45 kg.