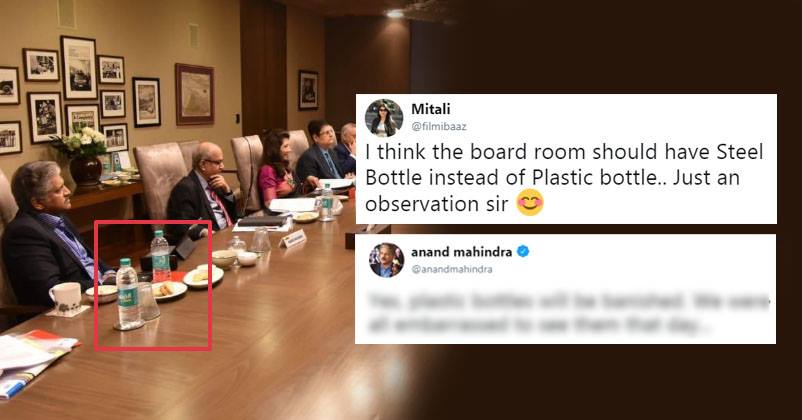 Seems like big companies are willing to take a big step towards environment conservation. Recently Azim Premji announced that this year, they have significantly scaled up the use of renewable energy for their operations, which now contributes 40% of total consumption. Recycled water now contributes to 42% of total water usage. Now Anand Mahindra has announced plastic bottles ban in all his companies.

The chairman of Mahindra Group Anand Mahindra on Tuesday shared a photo of his conference room on Twitter. A twitter user observed lots of plastic bottles on a bog table surrounded by people. And within an hour of the tweet, Mahindra humbly replied to the user and wrote, “Yes, plastic bottles will be banished. We were all embarrassed to see them that day…”

Yes, plastic bottles will be banished. We were all embarrassed to see them that day… https://t.co/RwZA4tWoRE

Anand is very tech-savvy and engages himself in every viral conversation. He works toward sustainable growth. He, along with his employees of all the 100 companies, had pledged to become carbon neutral 10 years before the agreed deadline for the world in the Paris agreement.

Speaking at World Economic Forum he said, “The business community too recognizes that this is not a problem they are solving alone or something you check on your CSR (corporate social responsibility) box. This is the biggest business opportunity for the next few decades,” he said. 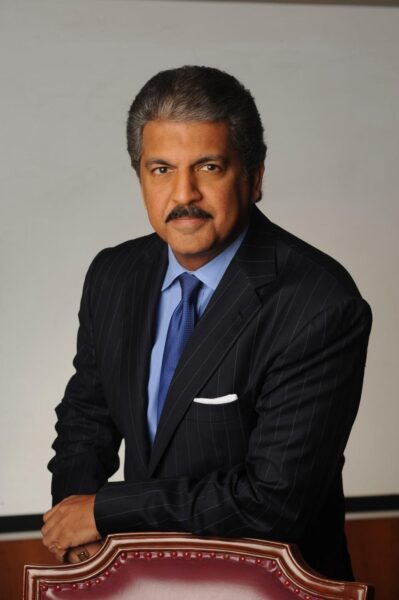