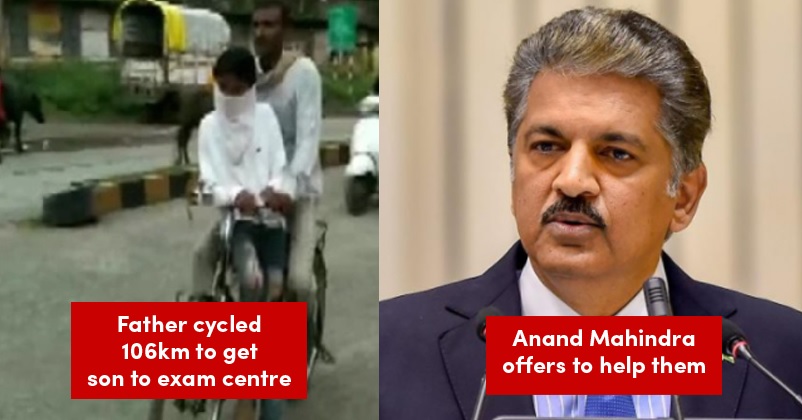 Anand Mahindra, the chairman of Mahindra Group, is quite active on social media and he not only shares updates about his company but also talks about issues which need to be highlighted or appreciated. Recently, he took to the micro-blogging site Twitter and praised the person who bicycled 106 km with his son as his son had to appear in class 10 board supplementary exams. 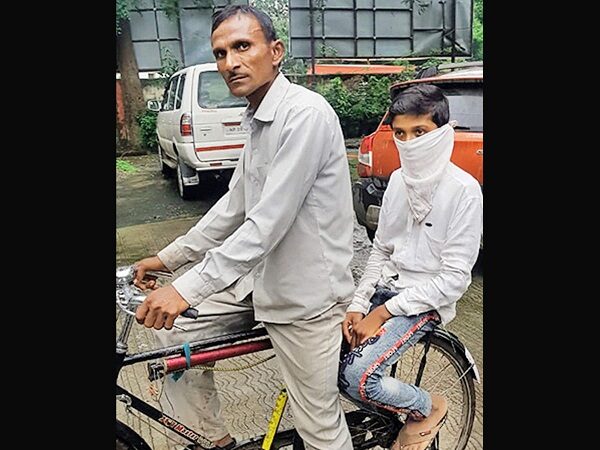 This person is from Manawar Tehsil which comes in Dhar district, Madhya Pradesh, and he had to travel by bicycle as there was no other medium available for transportation. The name of the father is Shobharam while son’s name is Aseesh. The father told ANI that he wants his son to become something in life after his studies are over and he was saving money for the examination form from his wages. Shobharam is a farmer by profession but mostly he works as a laborer.

Aseesh had his exam on Tuesday in Dhar so they both started their journey on Monday afternoon. They both stayed at Mandav in night and reached the centre just few minutes before the start of the examination. As they had no place to stay in Dhar and Aseesh also had Social Science exam on Wednesday, they packed food for three days. 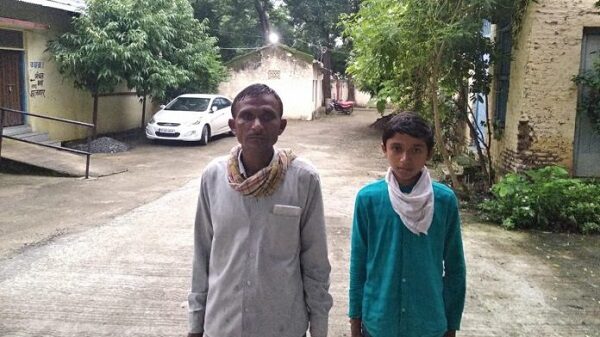 Aseesh stated that he and his father had to come by cycle because buses were not operating and he wants to become a big officer in life. He also told that he pedaled bicycle for some distance too.

Anand Mahindra praised the father and called him heroic parent. Not only this, he also offered to take care of Aseesh’s further studies through his foundation.

Anand Mahindra called the story of father and son as Rise story and tweeted, “A heroic parent. One who dreams big for his children. These are the aspirations that fuel a nation’s progress. At @MahindraRise we call it a Rise story. Our Foundation would be privileged to support Aseesh’s further Education. Could the journalist please connect us?”

A heroic parent. One who dreams big for his children. These are the aspirations that fuel a nation’s progress. At @MahindraRise we call it a Rise story. Our Foundation would be privileged to support Aseesh’s further Education. Could the journalist please connect us? pic.twitter.com/KsVVy6ptMU

On the other hand, the District Magistrate of Dhar, Alok Singh stated that Shobharam and his son could have been provided help if he had approached any government official.

Kudos to the father for his will and determination and we appreciate Anand Mahindra too for his sincere gesture!