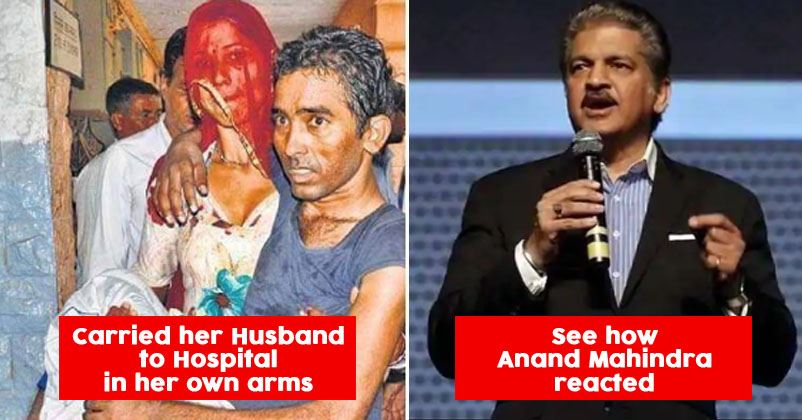 Chairman of Mahindra Group Anand Gopal Mahindra, stood up to help a poor family after seeing a news piece shared on Twitter. The head of the Mumbai-based business conglomerate was moved by the sight of a wife asking for help from collector holding her husband in her hands. Anand called it real Nari Shakti and asked people how could he help the family.

It all started when Anand tweeted a picture of a group for an expedition to Mt Panchachuli in 2018. The group was sponsored by Kumar Autowheels Rudrapur and Thar Team. The expedition failed but of the female member of the group individually climbed Mt Everest.

This is how to Rise from failure: Sheetal Raj,from Uttarakhand,was in a group sponsored by Kumar Autowheels Rudrapur & our TharTeam for an expedition to Mt Panchachuli in 2018.(1st pic)The expedition failed. But 2 days ago,Sheetal individually climbed Mt Everest! 💪🏼👍🏽🇮🇳 pic.twitter.com/ahkwlFp6za

In answer to this Anand’s tweet, a man named Vikarm Rajpurohit tweeted a photo of a news which is about a wife who went to collectorate office to ask for medical help for her husband, carrying him in her arms.

Anand replied to the tweet and wrote, “I am stunned & humbled. If you wanted an example of Nari Shakti then look no further. Agar ye kahani sach hai, to koi mujhe bataye main inki madad kaise kar sakoon?”

However, many people have come forward to help the family and asking for the family’s details.

Salman Khan Thinks Katrina Kaif Will Win National Award For Bharat, Read What He Said
Beautiful Reply By AR Rahman To His “Biggest Fan Ever”