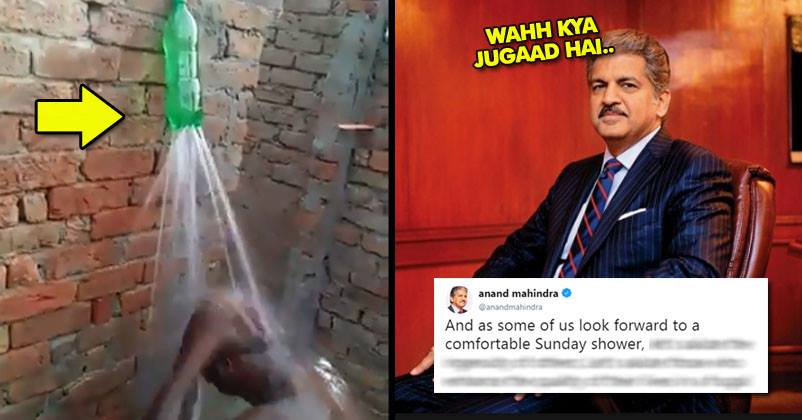 There are many Indians who cannot afford to live their lives luxuriously; however, they know how to meet their needs and get happiness at minimum expenses. This is because they know the technique of “Jugaad” which is indeed among the best techniques of the world and the best part is that a person doesn’t need to study from an institute to learn it but it is his own talent and presence of mind that make him a master in it. 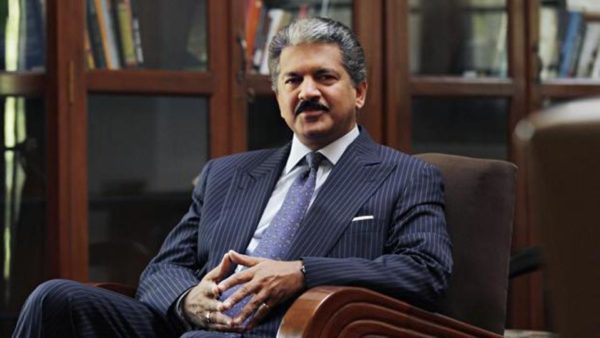 Indian business tycoon Anand Mahindra also came across one such instance of “Jugaad” and he was so impressed by it that he couldn’t stop himself from sharing it on the micro-blogging site Twitter.

The video shared by him features a man who is taking a shower and the noteworthy point is that it’s not a regular shower hose but instead a plastic bottle with multiple holes which performs the same job as that of a shower when a water pipe is inserted in it.

The caption that he wrote is, “And as some of us look forward to a comfortable Sunday shower, let’s salute the ingenuity of others; Let’s salute those who enhance the quality of their lives in a frugal manner by recycling objects the rest of the world discards..”

And as some of us look forward to a comfortable Sunday shower, let’s salute the ingenuity of others; Let’s salute those who enhance the quality of their lives in a frugal manner by recycling objects the rest of the world discards.. pic.twitter.com/s5bFgXjTch

Like many other tweets of Anand Mahindra, it also went viral and Twitter shared many other instances in which Indians showed great examples of Jugaad:

Reminds me of the innovative floating supports used by these kids to swim pic.twitter.com/ufAy5DDEFV

Sir, this piece of #jugaadinnovation (rain protector for switches), has been invented by an indi-genius person (somewhere in Puri). pic.twitter.com/JPdEvhP3Zi

We have no dearth of such innovative ideas in India.. here's an unthinkable use case of a two wheeler for you sir.. pic.twitter.com/DyqGgqD502

Have you also done any such creative thing? Share with us.