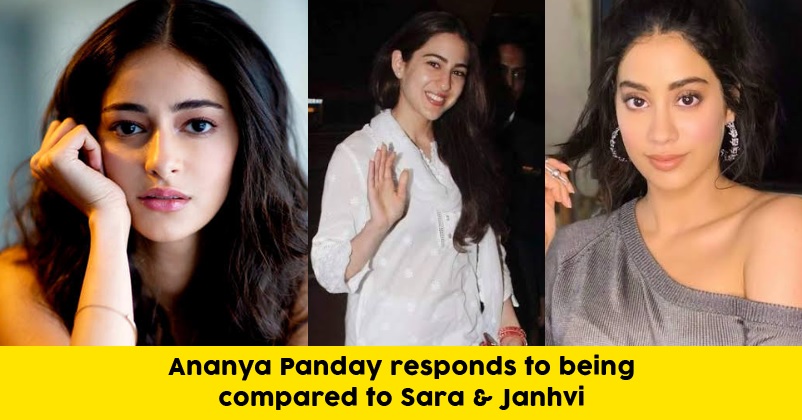 Ananya Panday is on cloud nine as her second flick “Pati, Patni Aur Woh” has hit the theatres today and has received good reviews from audiences and critics alike. She stepped in the Hindi film industry with “Student Of The Year 2” in which she shared the screen with Tiger Shroff and Tara Sutaria. People liked her work in the flick and after her debut movie itself, she got a huge fan following on social media.

Comparison is quite normal in the industry and every newcomer making debut in the showbiz should be ready for such queries. Recently during an interview with a leading daily, Ananya Panday also opened up on her comparison with Sara Ali Khan and Janhvi Kapoor.

Talking about the same, Ananya says that she is really inspired by the excellent and amazing work done by Janhvi, Tara and Sara. Healthy competition is what she believes in and loves to indulge in because it motivates her to work harder. 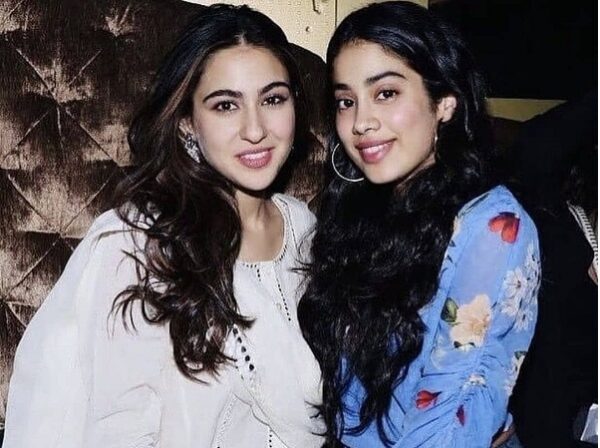 She also adds that all of them have their own journey, each one is working hard and performing well in their ventures. Just to inform, Janhvi and Sara both stepped in Bollywood in 2018 while Ananya came in 2019. All the actresses were praised not just for their beauty but also work and in such cases, comparisons are not surprising at all.

On the question of relationships, Ananya tells a publication house that she is romantic and believes in the ideology of love. However, she will never wish to have a partner like Chintu Tyagi (name of Kartik Aaryan in “Pati, Patni Aur Woh”) as she is loyal and wants the same from her boyfriend or husband.

Have you watched “Pati, Patni Aur Woh”? What do you have to say about Ananya’s views? Share with us.