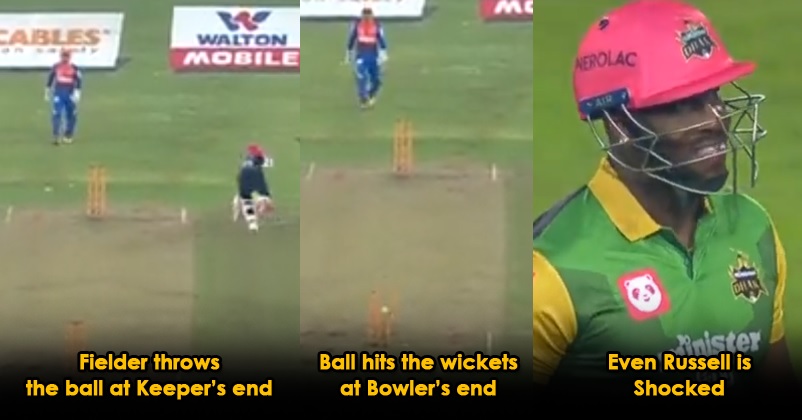 Cricket is one of the most popular games of the world and nowadays many cricketing nations have come up with their franchise cricket leagues, especially after the huge success of the Indian Premier League.

Quite a few strange incidents have taken place in cricket till now but one bizarre incident that took place in a match which was played under Bangladesh Premier League between Minister Group Dhaka and Khulna Tigers has left everyone shocked and surprised. The match was played at Mirpur and the West Indian cricketer Andre Russell who is playing for Minister Group Dhaka played a ball of Thisara Perara towards the third man which was fielded by Mahedi Hasan. 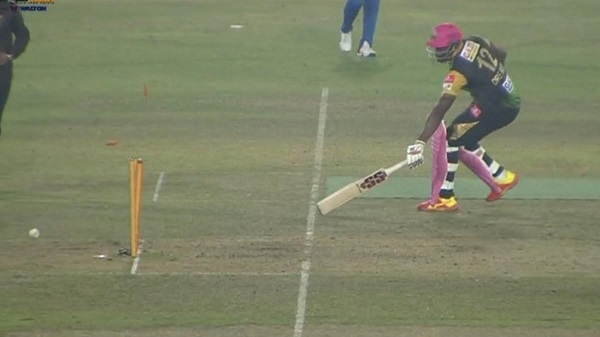 WHAT A BIZARRE RUN OUT! 😱

The strange incident invited reactions from the cricket lovers and former cricketers and the former Indian cricketer Wasim Jaffer also gave his opinion on this bizarre dismissal on the micro-blogging site Twitter.

Wasim Jaffer wrote, “I’ve been playing cricket and watching cricket all my life. Never have I seen something like this. Just unbelievable”.

I've been playing cricket and watching cricket all my life. Never have I seen something like this. Just unbelievable 🤯 🎥: @FanCode https://t.co/2CUACSJDL0

One user posted a video from a game played in 1976 and stated that something similar happened at that time as well.

Also happened way back in 1976! pic.twitter.com/BBKFryAlQt

Have you ever seen such a bizarre dismissal earlier?