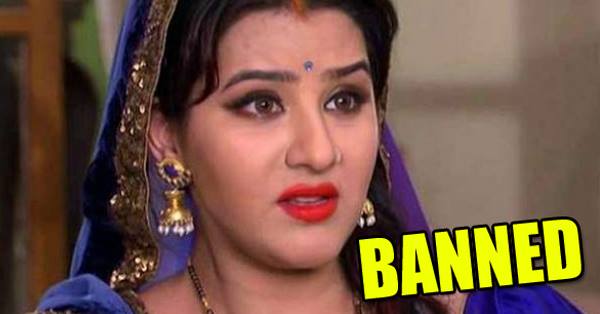 Actress Shilpa Shinde aka Angoori Bhabi of one of the most popular sitcoms Bhabi Ji Ghar Par Hai! has been banned from Television after CINTAA (Cine &Television Artistes’ Association) issued a non-cooperation directive against her. She won’t be able to work in any TV program until all the issues between her and the producer of the show Benaifer Kohli get sorted out.

It all started when Shilpa stopped going for the shooting alleging that she is not being treated well by the producer and she was also not happy with her remuneration. A verbal war started between both the parties and Benaifer’s apology was also of no use in this matter and Shilpa was served with a legal notice. After the ban by CINTAA, no channel or producer will be able to work with her. Amit Behl, Chairperson Dispute Committee, CINTAA said, “Finally, we have decided to act on the issue after contemplating over it for a month. She is setting a wrong precedent and we have no choice but to support the producer.”

However, FWICE (Federation of Western India Cine Employees) has not taken a final decision on the matter as Dilip Pithva, Hon. General Secretary, FWICE, said, “We need the producers to send us a letter before confirming that they will ban their colleague if he/she happens to cast Shilpa in the future.” There were rumors that Shilpa will be seen in Kapil Sharma’s show but now Rochelle Rao has been signed by the makers of the show.

Well let’s just hope that the matter gets sorted out so that we can see our Angoori Bhabhi on TV soon.