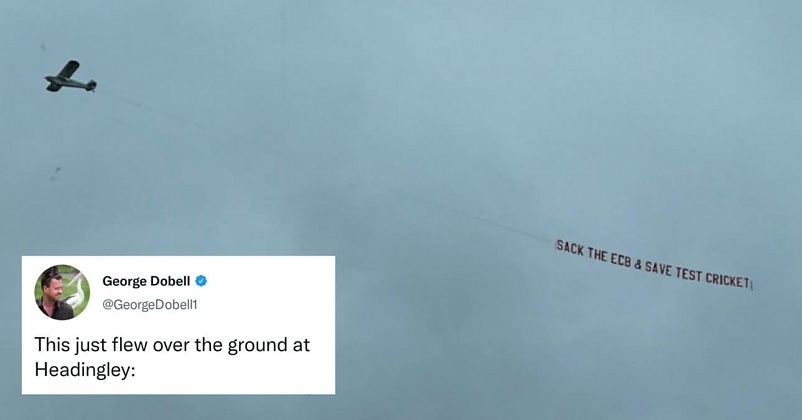 The cricket boards are coming up with various new ideas in order to make cricket more popular among public in their country such as bringing new formats or adding new rules in the game. The England and Wales Cricket Board (ECB) also came up with a new format The Hundred and it won’t be wrong to say that the board is quite ambitious about it as it did not hesitate in taking some steps which disrupted not just the County Championship 2021 but the T20 Blast as well. 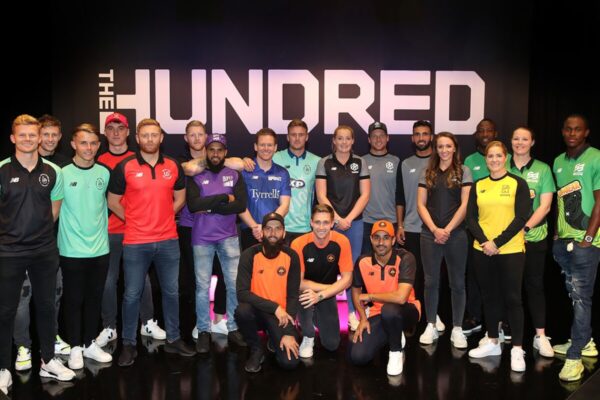 Many former English cricketers such as Kevin Pietersen, etc. have openly expressed their disappointment as they feel that the problems faced by the English cricket team are a result of the reduction in importance of the County Championship and increasing interest in shorter formats. Some former cricketers and cricket fans even questioned the need of the new format The Hundred in which 100 balls are bowled in one innings.

The Hundred Men’s and Women’s tournament took place at the same time along with the County Championship which affected the white ball cricket in a big manner as many cricketers chose to play for the shorter format. It also affected the T20 Blast which was being played at the same time and sometimes the teams had to play twice on one day. 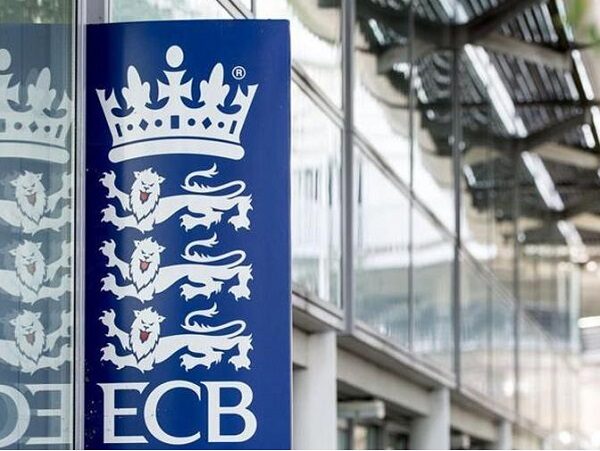 Though the new format was liked by public and it garnered enough praises, there were many who were not happy with the ECB as it had no problem in disturbing the schedule of the domestic cricket in order to organize The Hundred.

One such unhappy cricket fan slammed the cricket board by flying the banner, “Sack the ECB & Save Test Cricket” in air by attaching it with an airplane which flew over the Headingley Cricket Ground during the third test match. 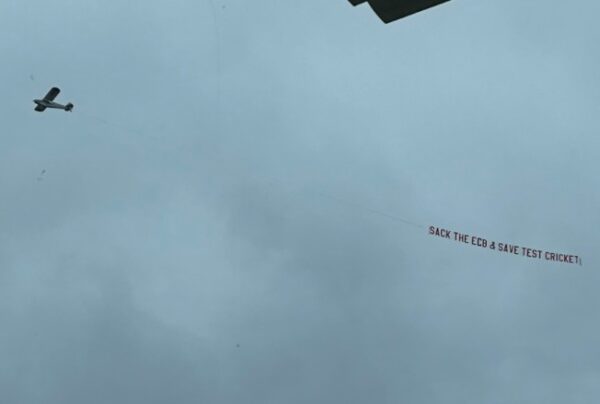 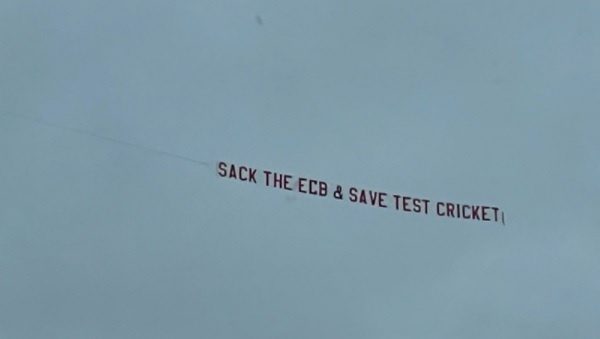 This just flew over the ground at Headingley: pic.twitter.com/mIGOV7f44p

What are your thoughts in this regard? Let us know.

Continue Reading
You may also like...
Related Topics:airplane, ECB, England and Wales Cricket Board, Sack the ECB & Save Test Cricket, test cricket, The Hundred