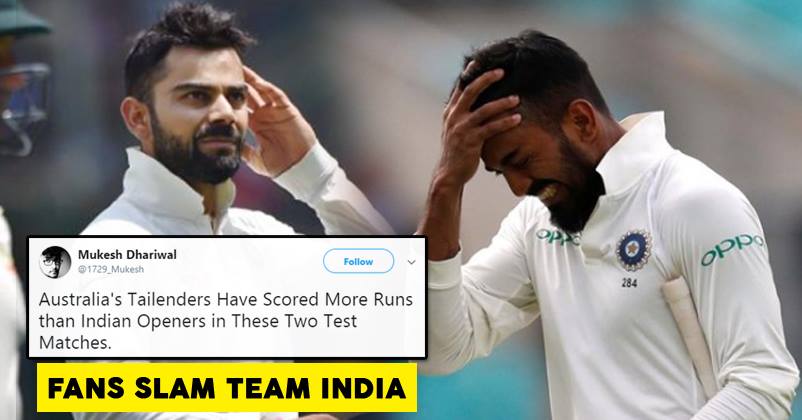 Another poor performance by India on Day 5. In fact, India could not last the entire session either. Australia had wiped out our batsmen in almost no time. 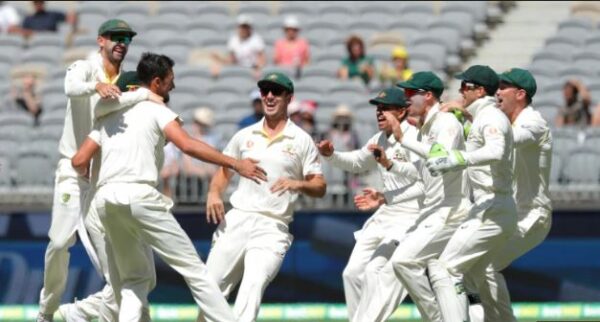 KL Rahul and Murali Vijay were clearly not the right choice for the opening pair. They performed poorly and failed to give the team the start that they so desperately needed.

Before long, Australia had a 146 run victory, which was definitely not expected from the team. Indian fans who had been calm for all this while, burst out in anger on Twitter. They slammed the Indian team on Twitter in frustration.

Poor team selection and openers batting like tailenders were the two reasons why India lost. Time to introspect. #AUSvIND #INDvAUS

People are saying that poor team selection is one of the major causes of the poor performance.

Australia's Tailenders Have Scored More Runs than Indian Openers in These Two Test Matches.
Remember @virendersehwag @GautamGambhir being Dropped From the Team,Even After Giving Better Performance than the Openers are Giving in Recent Test Series in Aus,Eng,SA!#AusvInd #INDvAUS

He is right in many ways. Don’t you think?

Our top order and Aussies tail are inversely proportional #AusvInd

Even Harsha Bhogle had something to say:

India have huge issues at the top of the order and that often determines which way the team goes. And the tail is way too long. The fears that the bowling would take care of itself but the batting would struggle have come true here.

The most exasperating bit about our batting line-up is that the tail has no head. #AUSvIND

Some people managed to find humour in the situation as well.

Virat Kohli response to KL Rahul and Murali Vijay on their performance#AUSvIND pic.twitter.com/3aCkzWvrFN

What do you think of India’s performance in the previous match?

Ishant Sharma And Ravindra Jadeja Get Into An Argument During Match. You Can’t Miss The Video
IPL 2019 Auction, Here Is The Complete List Of Players