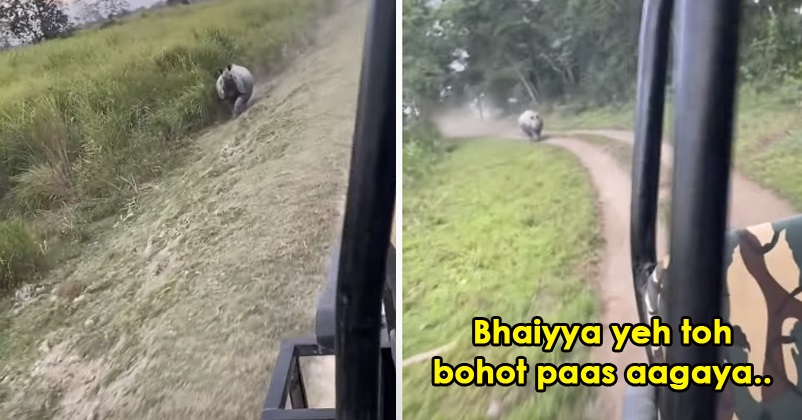 Jungle Safari has become quite famous among the travel enthusiasts nowadays because it not only gives them a chance to spend some time in natural greenery far away from the hustle and bustle of city but also provides them with an opportunity to see wild animals living in their natural habitat. 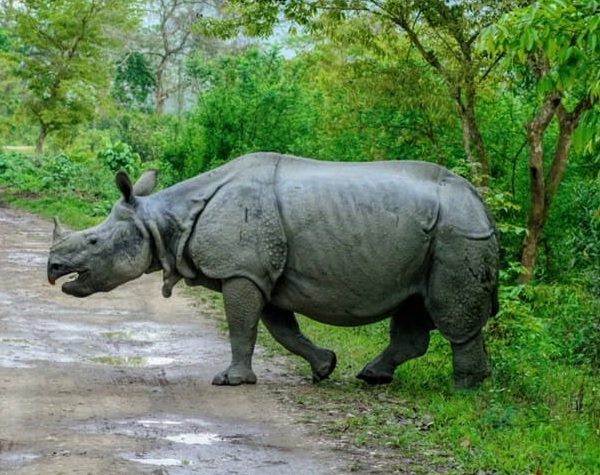 However, sometimes things get risky as it happened with Nitesh Gupta and his family. Nitesh Gupta visited Kaziranga National Park with his wife Nidhi, daughter Gunishka and his sister Priyanka and her son Sanchit. On December 22 when they were witnessing the beauty of the park by travelling in a jeep, an angry rhino charged at them and chased them for at least 2 kms.

Nitesh told a news daily that the rhino seemed to be angry and then suddenly it started running after them. However, they were able to outrun the rhino, thanks to the highly skilled driver and also because of the smoke trails that were left by their jeep.

Here is the video of the incident in which you can clearly hear how afraid Nitesh and his family were:

Have you ever faced any such situation? How was your experience? Share with us.

Not Maa Or Papa, This Baby’s First Words Are “Alright Bruv”, See The Video
Man Saves Monkey’s Life By Giving Him CPR, His Reaction In The End Will Melt Your Heart