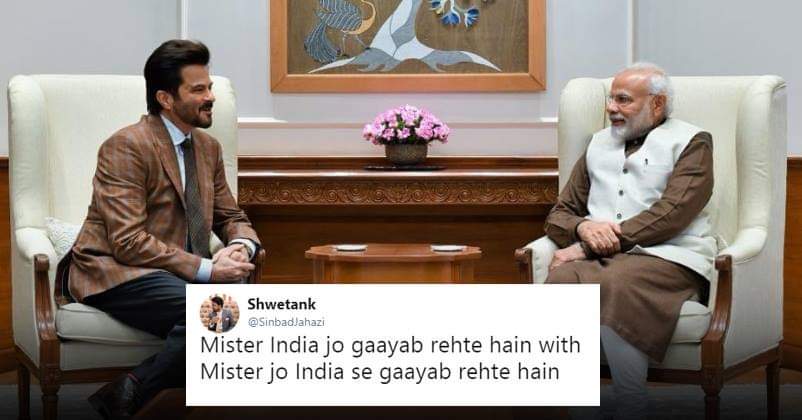 A few weeks ago as we all know that the youngsters of our Bollywood film industry, met Prime Minister Narendra Modi to discuss the future of young India. They discussed how they can also be a part to rebuilt India.

The group also took a picture together. Now, recently Bollywood actor Anil Kapoor also went to Delhi, to meet our Prime Minister. He shared a picture with a heartwarming message that how powerful and inspiring conversation they had.

But, very soon, this meeting along with the picture went viral for another reason. Netizens were thrilled to make this into meme, which is spreading too.

I had the opportunity to meet our h'ble Prime Minister @narendramodi Ji today & I stand humbled and inspired in the wake of our conversation. His vision and his charisma are infectious & I'm grateful for the chance to have witnessed it in person 🙏🏻 pic.twitter.com/Tnl7JNRvT4

Now, check out these hilarious memes that followed soon.

Waiting for Anil Kapoor to accept the one-day-ka-PM challenge. pic.twitter.com/TSvPxoDfe1

Which one is your favorite?

Poonam Pandey’s S*X Video Shared From Her Instagram & Deleted Later. This Is How Twitter Reacted
Sreesanth Reveals Who Is A Better Batsman – Virat Kohli Or Sachin Tendulkar