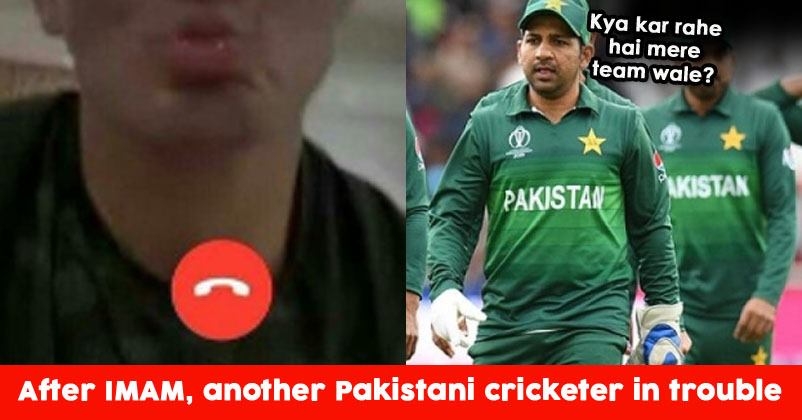 Many Pakistani cricketers are being exposed for having relations with multiple women at the same time. In a recent event, a woman named Feriha has shared a tweet that soon went viral. In the tweet, she warned people that Shaheen is now the next ‘big fish.’ She also shared a photo od the cricketer, where he is in a video call with the girl, and he can be seen pouting. The picture of the girl was hidden in the screenshot.

Even recently Imam-ul-Haq’s private chats were exposed, he was flirting with many women at the same time and seemed to manipulate a few of them. Twitter was swarmed with screenshots of the messages he send to different women, and it became quite a controversy.

The woman blamed that these cricketers are busy flirting and use their fame and status to lure girls into them. She wrote in the tweet,” #ShaheenAfridi is the next big fish. Why they always fail to deliver on the field? They are always busy flirting with girls. They use their status and power to lure girls and then play with their bodies. More stuff to be uploaded soon.” 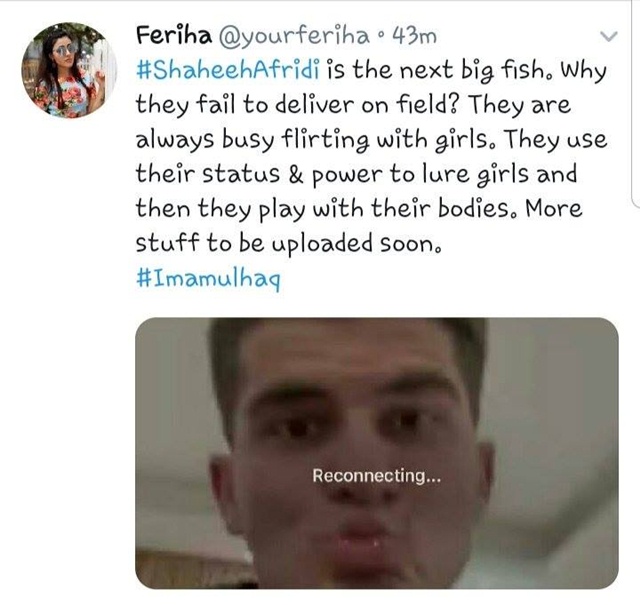