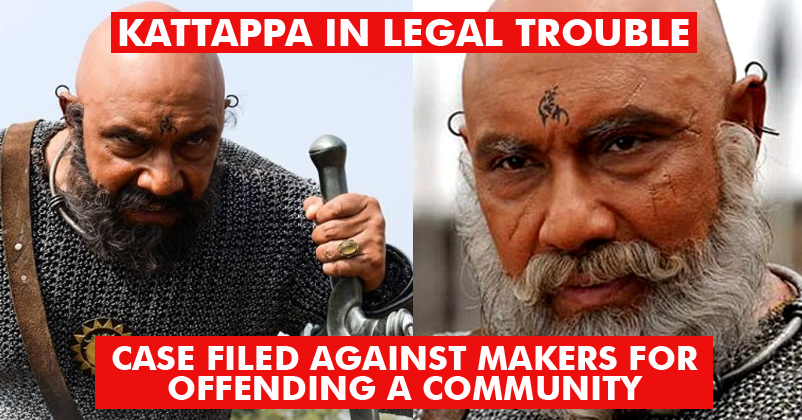 Baahubali 2 remained in problems before release due to Sathyaraj’s (Kattappa) 9-year-old statement on Cauvery issue. He had to apologize for that later. And then filmmaker SS Rajamouli hit the controversy when his 5-year-old Facebook post regarding casteism suddenly caught the eyes of the public who started trolling him. Now the Baahubali 2 team seems to be in another problem and the reason is a dialogue of Kattappa in the film. As per the information, a community has got offended by Kattappa’s dialogue “Katika Cheekati” and so its representing members Arekatika Porata Samithi have filed a complaint against the makers at Banjara Hills police station. According to them, Katika is a caste slur.

The community representatives have said in the complaint,

“We Katika people indulge in the trade of butchery, to sell meat of goats, sheep and hens, to provide healthy food to the society, as part of our livelihood. We are not harsh, inhuman and anti-social people as the movies try to portray us,”

They have also complained that Baahubali 2 has certain anti-social elements in it that casts a wrong impact on the children on their community. They have urged the censor board to remove the dialogue from the movie.

The police haven’t filed any case based on the complaint as of now. Just when Baahubali 2 is creating new business benchmarks and being loved by audience worldwide, it is sad to see people creating roadblocks in its way. We should instead encourage such films and filmmakers who represent our country on a global level in such a great way. Don’t you agree?

4th Day Collections Of Bahubali 2 Are Out! Monday Collections Are UNBELIEVABLE!
Priyanka Chose A Train Like Long Gown For Red Carpet! Twitter Can’t Stop Trolling Her!