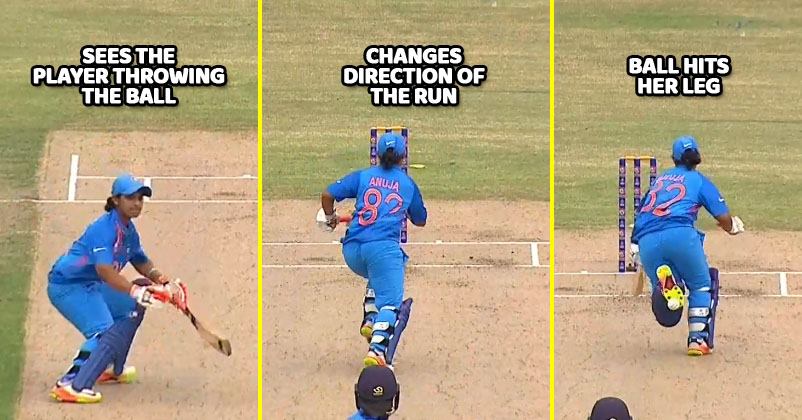 India got defeated by Bangladesh in the Asia Cup finals yesterday. The match was a nail-biting one and till the last ball, it was worth seeing who will win.

In every match, some or the other controversy happens; in yesterday’s match, it was Anuja Patil’s run-out. Yes, there was a debate surrounding “Obstruction of field” rule. In the 9th over, Anuja Patil and Harmanpreet Kaur were batting. 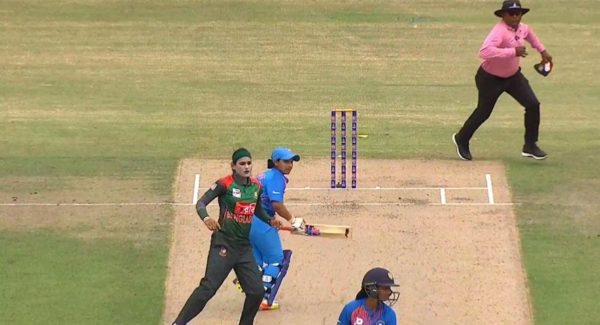 Bangladesh appealed that Anuja had obstructed the field. There were many replays & after that, 3rd umpire gave her an out.

37.1.1 Either batsman is out Obstructing the field if, except in the circumstances of 37.2, and while the ball is in play, he/she wilfully attempts to obstruct or distract the fielding side by word or action. See also Law 34 (Hit the ball twice).

Click here & watch the video on Hotstar from 3:25 to see this dismissal

Twitter is divided over this decision; some feel that the decision was wrong.

How did this happen?

#INDvBAN are u kidding me anuja patil ? U cannot out like that 😾 #AsiaCup #AsiaCupfinal

Now that you watched the video, what do you feel? Was the decision fair enough?