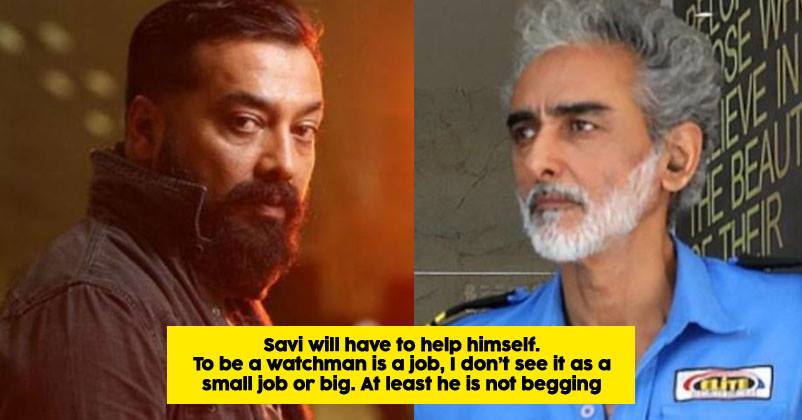 We have always regarded Mumbai as a city of dreams, a place that holds many dreams and aspirations on behalf of innumerable individuals, who aims to pursue their Bollywood ambitions, with hope and dignity. Some make it to the top, while some are really shredded off by harsh realities.

Recently, a heart breaking video of actor Savi Sidhu has been doing the rounds, where he can be seen working as a security guard, to make his ends meet. Despite working under big producers like Subhash Ghai and Yash Chopra, he is one such actor, who lost his Bollywood dreams amidst adversities of various kinds. 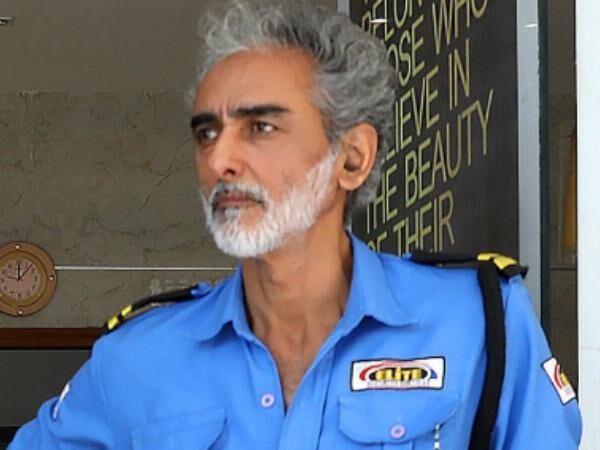 Savi Sindhu’s five minute long Film Companion video is a heart wrenching realistic depiction of lost dreams and hopes. Despite working with directors like Nikhil Advani and Anurag Kashyap in films like, Gulaal, Black Friday and Patiala House, he has to give up his acting dreams and now is working as a security guard.

He also mentioned in the video that how lucky he was that he met Anurag Kashyap and got the opportunity to be a part of a film like Paanch. Now, due to his deteriorating health and lost opportunities , he is now serving twelve hours a day as a security guard.

Very inspired by ur story #SaviSidhu sir. Have always admired ur work in all ur films. Love ur positivity. Will def ask all my casting friends to reach out to u. Thank u @FilmCompanion for sharing his story. Perseverance is the key to overcoming obstacles. https://t.co/mITl3DsmzF

After his story went viral on the social media, it got noticed by actor Rajkumar Rao and filmmaker Anurag Kashyap, who took to Twitter, to pour his heart out about how he feels by seeing his condition. Even Rajkummar Rao promised to reach out to his casting director friends in order to help him.

There are so many actors out there who don’t have work. I respect Savi Siddhu as an actor and have cast him thrice when he earned the role. I respect him that he chose to live his life with dignity and picked a job unlike so many entitled out of work actors who have either

2… become alcoholics or wasted themselves away. Nawaz used to be a watchman, I used to be a waiter, I met one actor who sells bhelpuri on streets, I know and actor from Black Friday who drives a rickshaw, the lead from Salaam Bombay used to do the same ..

3. I have seen the great Uday Chandra who did “Hum Paanch” and “Khel Khiladi Ka” in my early days walking the street. This is also true for many people in all walks of life. This could also be me or anyone else in the future. To give an actor a role out of sympathy is insulting .

One should be proud of him that he did not allow the vanity of the artist to destroy him , and he actually does a job . I have writers that I have worked with who are always borrowing money, I have seen filmmaker’s I have admired borrow money from me for a meal..

To be a watchman is a job, I don’t see it as a small job or big. At least he is not begging . And I genuinely believe that charity does not make art or an artist. There are millions of stories like Savi Siddhu’s.

You want to help artists like him then you need to start watching their art by paying for it, by actually be a paying audience. Tweeting the story to me won’t help. I have worked with new comers all my life and I move on to the next new talent I can find .

We all make conscious choices. Go to cinemas and buy tickets for films that has unknown amazing talent like Savi Siddhu to make sure that they continue to be what they are best at, to be the artist they want to be. That’s all I had to say . Thank you

We wish him all the best, may he gets his dream and hopes back, soon.

CRPF Will Be Honoring The Pulwama Jawans, This Holi With A Heart Felt Gesture.
Twitterati Calls Freedom Of Press A Joke After PM Modi Blogged About It Online.