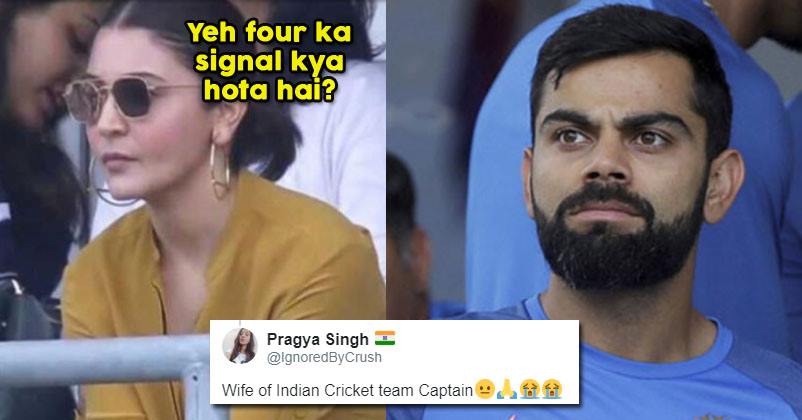 Bollywood actress Anushka Sharma was present during the match between India and Sri Lanka, at Headingley in Leeds, northern England on Saturday. The actress was seen supporting team India and cheering for her husband. Anushka sat through the whole match and enjoyed every bit of it. But there was a moment when she was spotting asking a friend, “what is the signal for a four?” 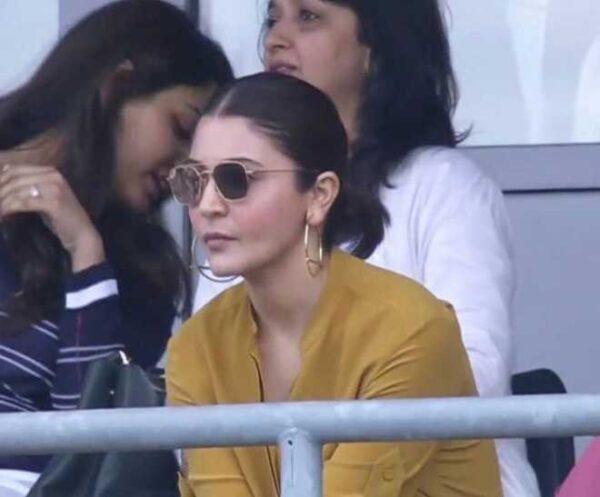 Well, it is not a sin to not know about the technicalities of cricket but Twitter is laughing at the captain’s wife for not knowing such a small thing about cricket.

Twitterians are having a good laugh at Anushka for not knowing terminologies of the game and they are making fun of her by what they do best, sharing memes.

Anushka Sharma is such an adorable person. She is literally living, so unbothered. I love her. Trollers keep trolling. My queen is living, cause she is a badass. pic.twitter.com/vuoRCbBlFS

Wife of best cricketer in the world 😒😒😒