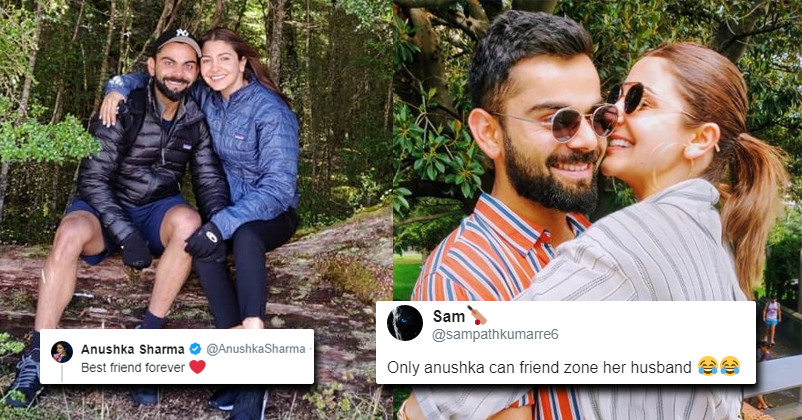 There is no doubt about the fact that Anushka Sharma and Virat Kohli form one of the most adorable couples ever. From their fairy tale wedding to their dreamy days traipsing in Australia, they’re totally couple goals. 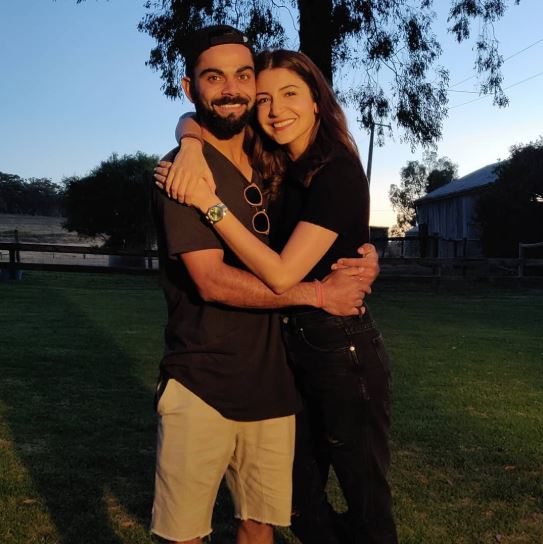 Recently, Anushka posted a picture of the two of them together and captioned it saying ‘Best friend forever ❤’ Now as SRK taught us back in the 90s, pyaar dosti hai, and if you’re going to spend the rest of your life with someone, he or she needs to be your best buddy.

But some people found the caption really funny and said that Virat got friendzoned after marriage. Check out some of the comments:

Only anushka can friend zone her husband 😂😂

We think they look adorable, what about you?

Neha Dhupia Gets Trolled For Pregnancy Fat, Shuts Them Down With The Perfect Reply
This American Singer Looks Exactly Like Anushka Sharma, Fans Are Calling Them ‘Judwas’